After rounding off our first week at the Asian Rural Institute and taking a short break from farm chores to explore other parts of Japan and reflect on our experiences thus far, I feel as though I have a decent sense of the happenings at ARI. In dramatic terms, we got dropped off at an unfamiliar farming community in the middle of rural Japan. In reality, friendly ARI staff members generously picked us up from the Nasushiobara train station before giving us an orientation and preparing us a delicious, ethical meal! Despite being thrown into this close-knit, alternative agricultural community without too much of a heads up, we stu 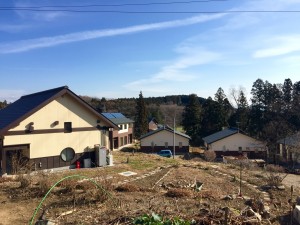 dents and faculty have managed to integrate ourselves into daily life at the farm fairly well.

It’s safe to say the initial change from Tokyo to ARI was a bit of a shock after spending the first few days meandering through seemingly endless food markets during the day and exploring the nightlife of the city. The calm and quiet of ARI days and nights gives great contrast to the hustle-and-bustle of city life in Tokyo. Despite the beginning familiarity of the ARI campus and community, the disparities between the two places are so dramatic that my mind still has a hard time grasping that they could be located just an hour Shinkansen ride away from one another.

These vast differences and a certain journal prompt relating to describing the natural environment of Japan has provided me with a lot of pondering material for the Shinkansen rides. But before I could determine what Japan’s natural environment was, I had to define what natural was. My initial response to the prompt was to describe the mountains surrounding ARI and the forests of Nikko National Park, with complete disregard of the busy metropolis that 25% of Japan’s population calls home. 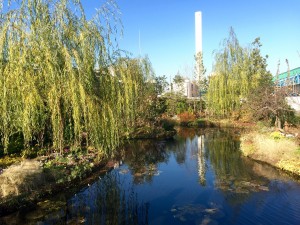 Walking around Tokyo surrounded by concrete and high-risers, the words “nature” and “natural” don’t immediately come to mind for most people, including myself. Sure, nature exists in Tokyo. Trees sparsely line the streets, Buddhist temples with deep connections to the natural world are integrated into neighborhoods within the city, and we even discovered a luscious rooftop garden on top of a Seibu department store. But these things are not classically natural, in the sense that the mountains and forests are.

Tokyo’s seeming unnaturalness is strongly juxtaposed against the ARI campus, community, and surrounding area; however, after some reflection, I’ve concluded that that does not necessarily make the city completely unnatural. Tokyo is very obviously physically unnatural. We would never find cat cafes, conveyor belt sushi resta 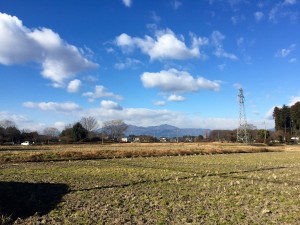 urants, or nightclubs showcasing robot burlesque shows nestled into a mountainside in Nikko National Park, but the development of a city like Tokyo is a result of natural human behaviors, making it natural, in an alternative sense.

Here’s my thinking (a hypothetical situation): The basic principles of evolution and natural selection are rooted in competition. In order for change to occur, there must be competition, as it is the driving force behind all actions. Thus, because the skyscrapers of Tokyo clearly did not grow out of the ground, as a tree would, changes were made to the landscape, likely at least partially as a result of competition. Once the first person began developing in Tokyo and found suc 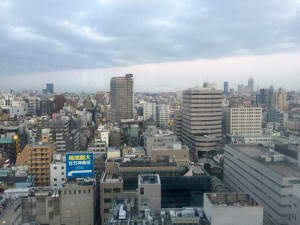 cess for any number of reasons, other people and businesses followed suit with the hopes of also finding success in the city. Soon enough, the city was full of industries competing with each other for resources and consumers.

Perhaps, then, after many businesspeople and corporations settled their workplaces in the city, the field was somewhat leveled and it became critical to set oneself apart from the others, in order to gain a different edge on the competition. Maybe then, one company, needing to expand their spaces, decided to develop vertically, rather than investing in new land. By slowly inching into airplane territory and exceeding “X” number of stories, this company may have decreased unnecessary spending on extra land, or found increased success as a result of other factors. Other companies saw the success, and adopted the same tactics aiming to become similarly successful, sparking the ubiquitous construction of skyscrapers throughout the city. Because corporate powers had to, or thought they had to, in order to remain compe 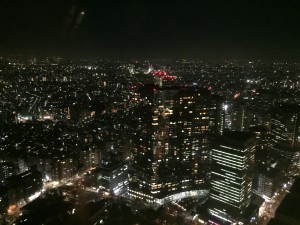 titive in their industry. So, while Tokyo is definitely not natural in the sense that ARI and Nikko National Park are, it naturally evolved into the lively, populous city that we see today.