Sitting in the Schiphol Airport in Amsterdam we are saddened that our time in South Africa has come to an end, yet reflective of the powerful month we spent learning about the pain and complexities of such a beautiful country. As we concluded our final few days in South Africa, we continued to learn about powerful women making history in their communities and the world, currently and 100 years ago, and observe the wonderful wildlife that call the continent of Africa their home.

We had the pleasure of hearing the stories of two women trained as social workers, Sibongile Nene and Joyce Siwani. We met Sibongile at St. Stephen’s Episcopal Church where she shared with us some about her life, her work, and Zulu culture. She explained during her time studying social work at the University of Zululand, she learned that case studies do not work in rural communities because of the social stigma against discussions with a singular person from the family rather than the whole family. Joyce Siwani, a great grandniece of Nokutela Dube, also shared with us her life within the realm of social justice. Mam Joyce received her social work degree after attending Inanda Seminary. Following this she worked at the Johannesburg Child Welfare Society in the Bantu Division because the society was divided by race. After many years of working as a social worker, the stark racial divides and large caseloads caused her to retire her title as a leader within the black social work community and move into journalism. Mam Joyce is currently working with LINK as a child advocate, creating a group for elderly black women in her community, and spreading the word of her great aunt Nokutela Dube to the world. 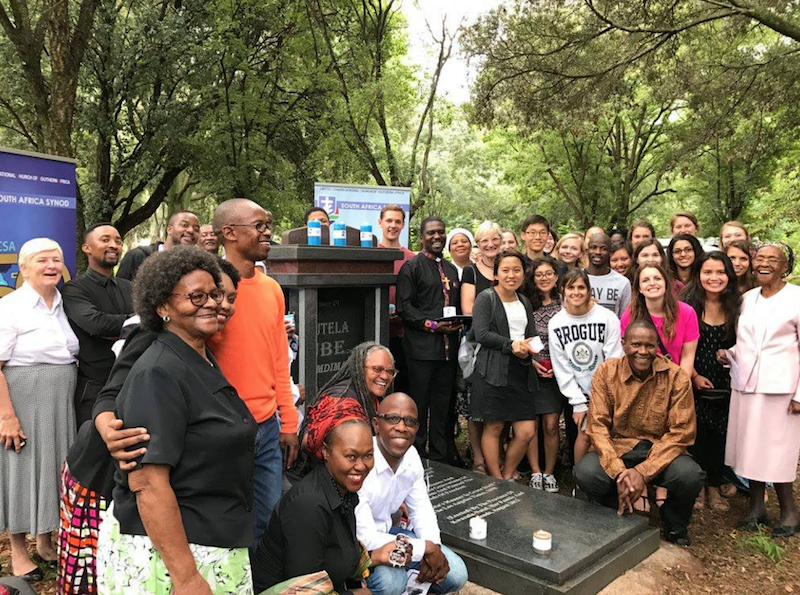 Pictured at the grave of Nokutela Dube

We were able to spend the 100th anniversary of Nokutela’s death with her relatives and many others who have come to revere her. She was married to the first president of the ANC, John Dube. Among many other impressive achievements, she was the first South African woman to found a school. Her unmarked grave was located in 2011 through the persistent efforts of Professor Cherif Keita from Carleton College. Her spirit now rests in Freedom Park with those of other leaders in the struggle, and Professor Keita and her family continue their work to honor her legacy.

On our last day we got to explore more of the natural beauty of South Africa. We went on a safari through a wildlife reserve which was home to majestic lions, curious giraffes, water buffalo, and South African wild dogs. Safely inside a fully caged truck, we were able to see these animals at an incredibly close distance. This was a wonderful capstone to our program and adventures throughout South Africa. 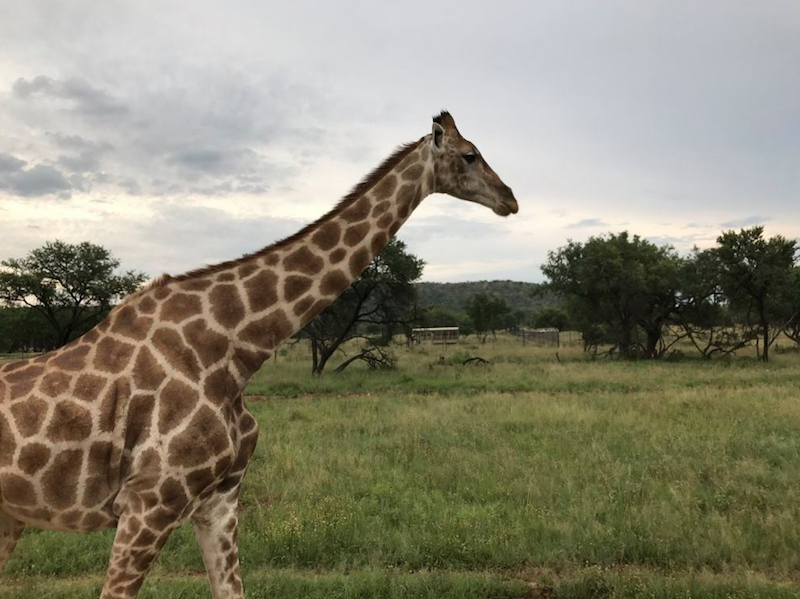 A wonderful giraffe sighting during our safari

Much later that day, the surreal period of time arrived to pull our passports back out and get to the airport. While we were excited to see our loved ones and share our experiences, it was easy for no-one to say goodbye to our South African companions. We will all carry this intense and inspiring month with us, packed with rich learning experiences and meaningful connections. The perspectives we carry now will hold a bit of South Africa. 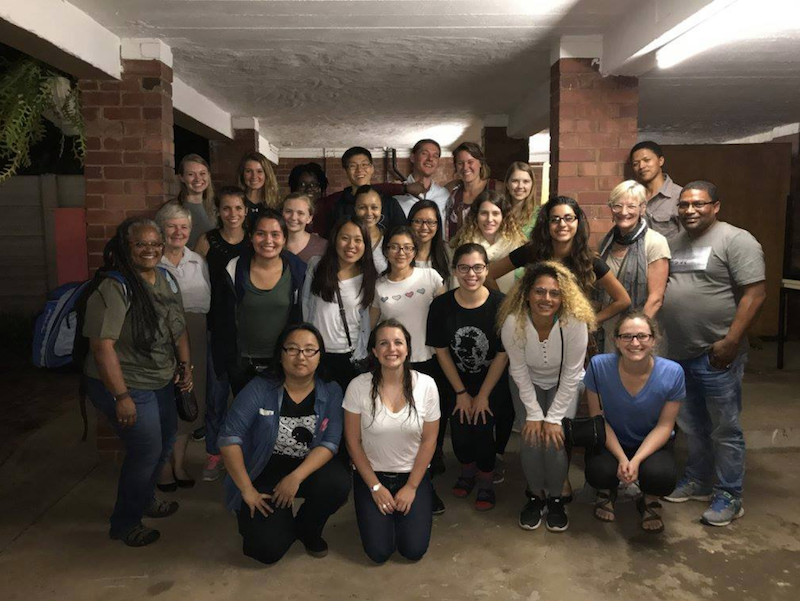