After days of hearing about poverty and racial inequality, our group was welcomed to the Waterfront Rotary meeting at a gorgeous green golf course in the shadow of the 2010 World Cup Stadium. Our expectations were of wealthy, white business people discussing small ”charitable” projects that please their own sense of duty to do good in their community. We were mistaken. What we walked into, although a meeting full of formal traditions and a fancy breakfast, was a respectable gathering of strong, socially aware men and women discussing issues among the group and the group’s projects. We were able to mingle with the Rotary members after the meeting, many of whom were deeply critical of the South African government and eager to help the younger generation of South Africa create a better and more equal society. The project of most pride was their work to build libraries for public schools. Overall, the meeting exposed us to business leaders of Capetown, and we found most of them to be charitable and determined to make a difference. 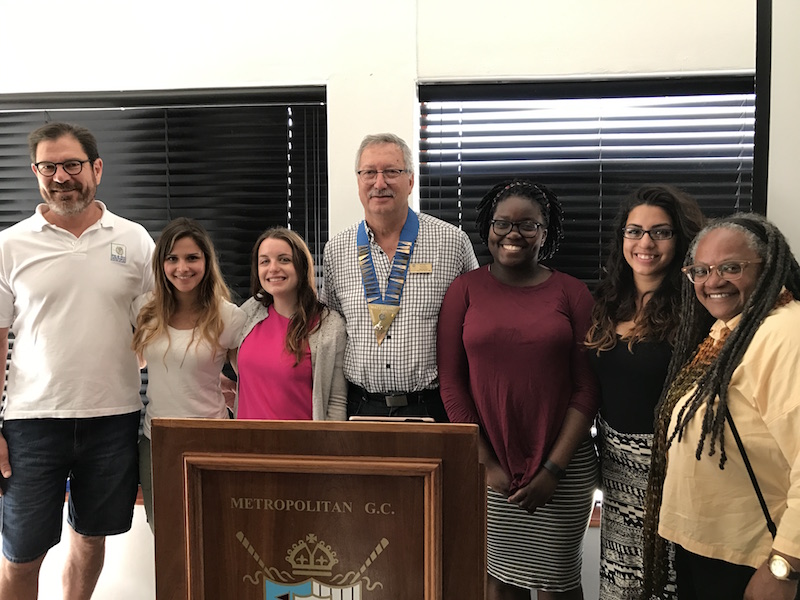 The South African constitution is considered one of the most progressive in the world, but despite the rights granted by the government, the attitude towards homosexuality is largely based on homophobic patriarchal interpretations. However, there are many who oppose these interpretations and fight for equality – The Inner Circle (TIC) is one of them – and we were very fortune to visit TIC for prayer and a sermon at the Mosque of the People. TIC is a non-profit group that helps Muslims reconcile their sex and gender identities with their faith, providing a safe space for lesbian, gay, and transgender Muslims in Cape Town under the guidance of Muhsin Hendricks, a gay imam. One of the biggest movements towards equality was Hendricks’ contribution to the documentary about homosexuality in Muslim communities, A Jihad for Love. From Hendricks we learned about how orthodox hermeneutics has been dominated by an elite patrarichary that has used Islam as a source of oppression rather than of liberation. Hendricks also spoke about the duality of masculinity and femininity, how one cannot exist without the other, and that they coexist as yin and yang. 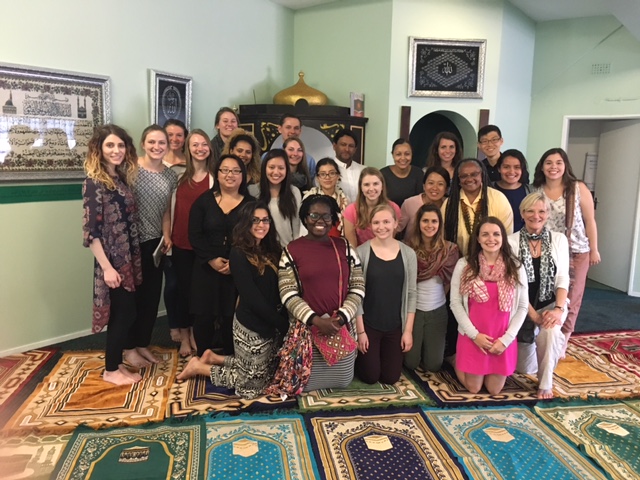 St. Olaf students with Imam Muhsin in the Mosque of the People

As we prepared for our departure from Cape Town, we experienced a few traditions that were very fitting for the South African culture. On Saturday, the group ascended Table Mountain, the most hiked mountain in the world. At the top of the mountain, where the cable car lands, are many trails meandering through fynbos (plants unique to South Africa) that allow for a 360-degree view of Cape Town. For the duration of our stay, we have seen the view of Table Mountain from Cape Town; today, we were finally able to see Cape Town from Table Mountain. In the evening, we experienced a braai that was generously provided by the staff at our guesthouse, our home base in Cape Town. A braai is a traditional South African meal that involves cooking meat for a long period of time, similar to a BBQ. It’s a time for gathering and enjoying the company of those with whom you’re surrounded. For many of us, it is hard to imagine leaving Cape Town after the wonderfully intense days packed with learning about the social realities in the Western Cape. We received an overwhelming amount of hospitality and are so grateful to everyone we met, especially those who helped us to begin to understand their struggles and joys. As we transition from Cape Town to drive along the Garden Route to Eastern Cape, we will take with us everything we have learned thus far. 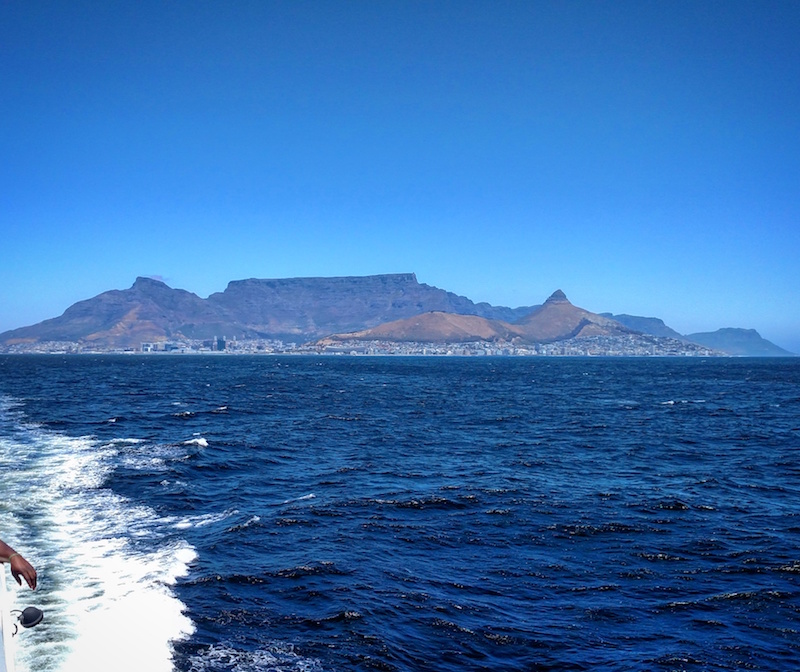