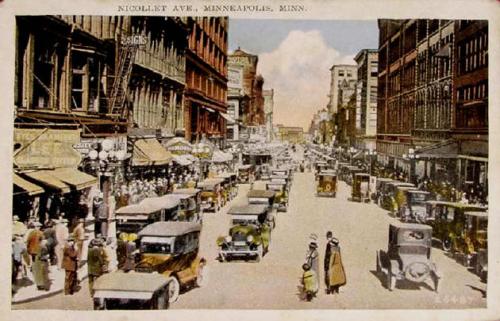 Minneapolis Skyline. Central Lutheran above and to left of freeway signs.

Central got its start when a group of Norwegian-American laymen sensed a need for a Norwegian Lutheran presence in downtown Minneapolis. Standing in the uneasy period after World War I, the founders determined that the future of the church lay in an American Lutheranism that spoke English. To that end, they founded Central in 1919 as an English only congregation which used the American Lutheran Common Service. At a time when most churches in the Norwegian American Lutheran Church worshipped in Norwegian with a service adapted from the Church of Norway, Central’s founding principles were a radical step towards Americanization. The founders of Central Lutheran Church read the times correctly.

Under the leadership of Central’s first pastor, J.A.O. Stub, the congregation grew from 12 families to over 200 in the first year. The congregation quickly outgrew old Central Baptist Church, which they had rented, and in 1926, they laid the cornerstone for the present building. They dedicated the new building in 1928, and the church continued to grow. By the 1950’s, the Central Lutheran Church had 5,000 members, and membership peaked at over 6,000 during Morris Wee’s pastorate in the late 60’s.

In fulfilling its mission as an American Lutheran Church, Central took an active role in promoting cooperation both within its own synod and between other churches, Lutheran and not. The general assembly of the Evangelical Lutheran Church (of which Central was a member) used Central as a meeting place, and in 1957, the Lutheran World Federation held its International Assembly there. In 1979, Central Lutheran Church began holding a Lutheran-Catholic All Saints Day Celebration.

In addition to promoting cooperation, Central Lutheran Church took seriously its mission to minister to the downtown area. Central pioneered religious services on the radio, broadcasting its first service in 1922. They continued to expand their multi-media outreach and won a national advertising award for sponsoring an advertising campaigns for children in the downtown. To reach out more directly, Central partnered with the Urban Communities Association in order to sponsor to assist refugees and low-income residents to become “self-reliant, proud, and productive members” of society. With each outreach effort, Central Lutheran tried to ensure that not only would people see their church from the highway, but that their presence would be felt in the downtown area. 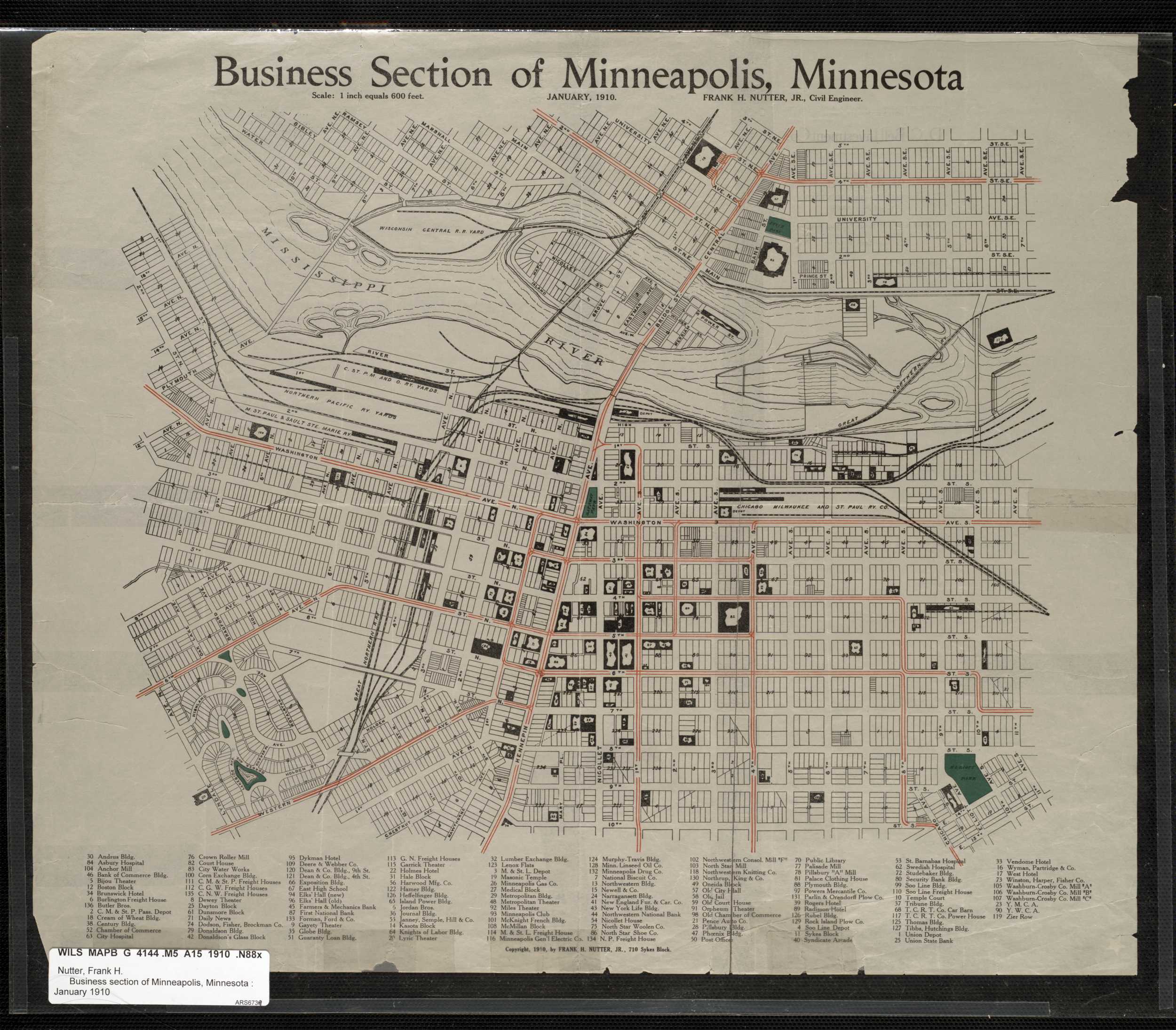 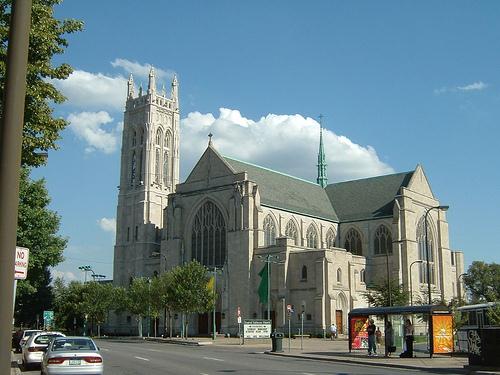 1928 Building with Central Baptist to left.

Pastors J.A.O. Stub and others

Congregation at Worship in 1950s