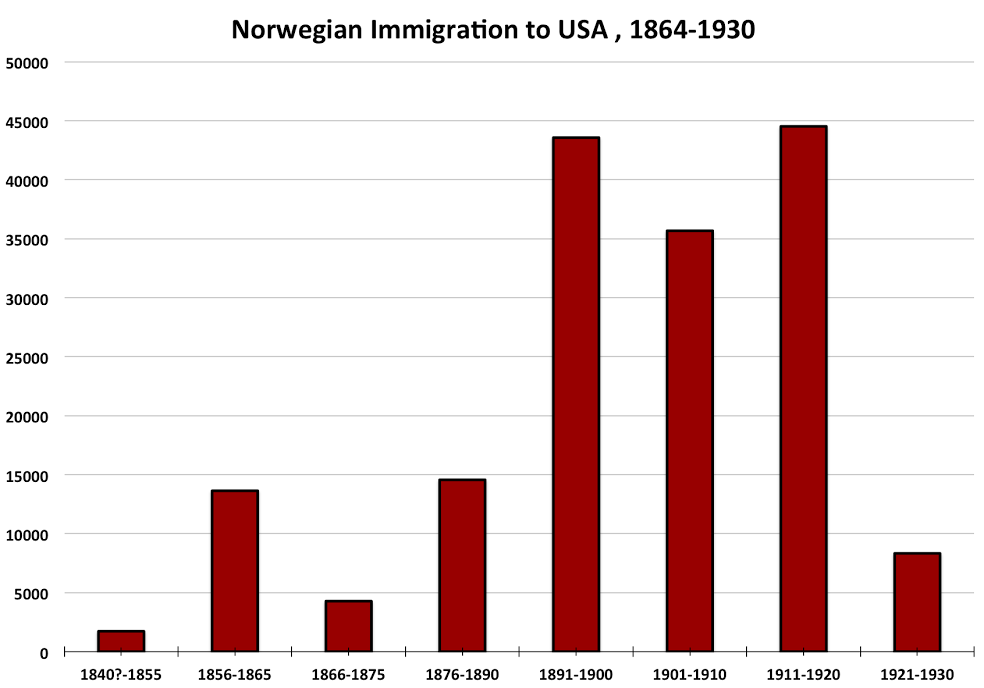 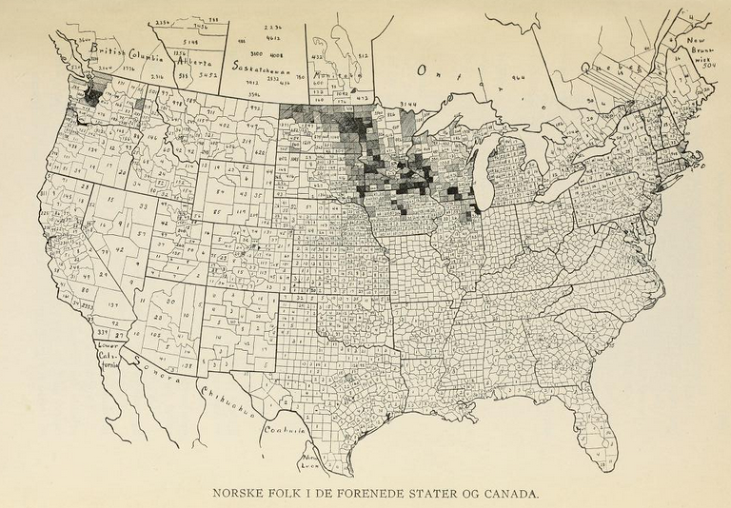 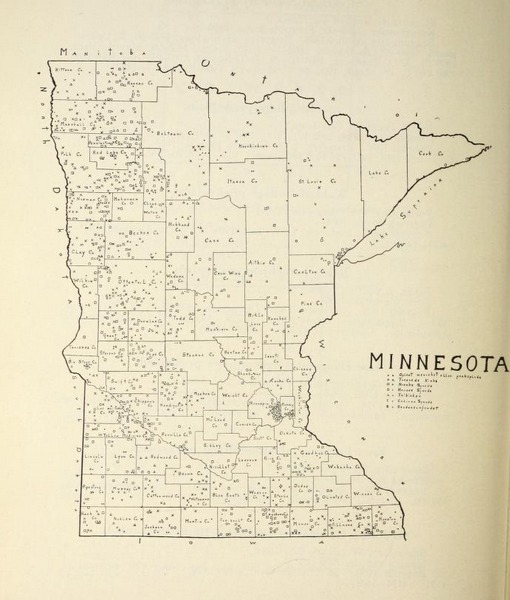 Local congregations, more specifically those founded by Norwegians in Minnesota before 1917, are the focus of this exhibit.  O. M. Norlie’s Norsk lutherske menighter i Amerika provides the starting point for locating these Lutherans. Locating a congregation in time and space might seem like a straight forward task; however, the stories these congregations tell about themselves complicate even the simple chronological and geographic location Norlie provides as well revealing the dynamic process of their adaption to new cultural circumstances.

The founders and members of those congregations were among the 850,000 Norwegians who came to the United States in the century following 1825. Minnesota received more than any other state.  (See city, county, and USA maps.) By the 1850s there were settlements in the southeastern corner and later in the century in the Park Region and Red River Valley to the west.  Where ever they settled, most Norwegians were attracted to the United States by opportunities to enhance their well-being.

All of them encountered a new religious context. In the American setting the immigrants’ shared, and yet variegated, Lutheran and Norwegian traditions were transformed into new individual and group identities.  While not all remained Lutheran, to a remarkable degree these new comers developed what historian Jon Gjerde called “complementary identities” that encompassed religion, ethnicity, and American nationality.

In Norway they were all Lutherans by law, but in the United States they were free to choose their religious affiliation, to practice it according to their own convictions, and to organize their own institutions.  Indeed the absence of a state church compelled them to make spiritual choices and to provide the material resources those required. Norlie’s two volumes testifiy that an impressive number of Norwegian immigrants supported and were supported by Lutheran congregations.

Along with congregations, schools and charitable institutions Norwegian Lutherans formed synods.  These church bodies were distinguished by varying theological emphasizes and devotional preferences that the state church held together, but which burst into controversy and competition in the United States. This propensity for division gave rise to the proverbial wisdom that two church buildings at an intersection were likely to be the outcome of a dispute among Norwegian Lutherans.

First in 1890 and then in 1917 smaller bodies united to form new churches.  Today nearly of the congregations founded by Norwegians belong to the Evangelical Lutheran Church in America (1988).