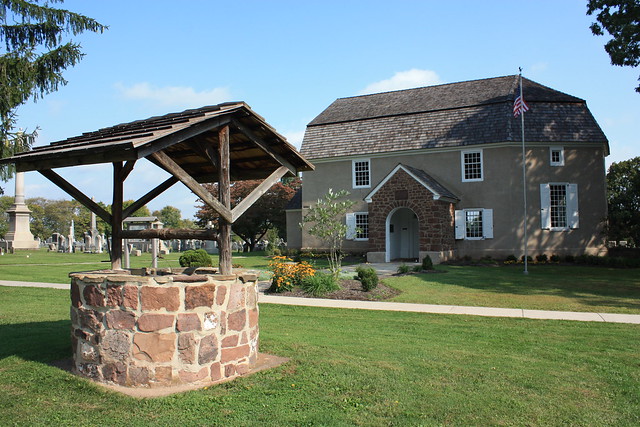 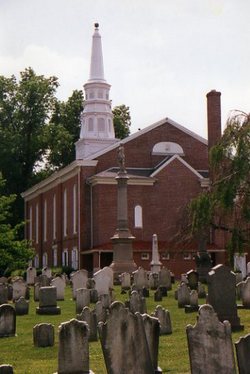 During the early 1700s in the German community of Providence, the nearest Lutheran congregation, Falkner Swamp, was twelve miles away. This made it difficult for the local Lutherans to practice their faith in an organized manner. To unify scattered Lutherans, a request was sent to Halle University for an ordained pastor. August Hermann Francke sent Henry Melchior Muhlenberg, a German Lutheran pastor, to answer their call.

Muhlenberg originally preached to the Providence congregation in a barn while preparations were made for building a church. The church was primarily built from local materials, including timber and sandstone faced with stucco. The first service in the new building was held on September 12, 1743. During this time the interior was still unfurnished. On October 6, 1745, when the church was completed, a ceremony was held to consecrate the church. By 1851, the building was too small for the growing congregation. To accommodate the need for more space, the cornerstone for a new church building was laid on the same property of the Old Trappe Church on May 18, 1852. This new building became known as the Brick Church. The sanctuary contains ten stained-glass windows illustrating 28 scenes from Jesus Christ’s life and ministry, as well as two other windows honoring Martin Luther and Henry Melchior Muhlenberg.

Augustus Lutheran’s prominence in American Lutheranism is evident in their cemetary as many influential figures chose to be buried there. Among these figures is Rev. Muhlenberg, as well as Governor Francis R. Shunk, who was born in Trappe and became Governor of Pennsylvania in 1844, and Rev. Dr. Franklin Clark Frye, President of the United Lutheran Church in America and President of the World Council of Churches. It is believed that burials in the cemetery began in 1729, but the oldest legible tombstone in the cemetery is dated 1736. The cemetery was consecrated in 1738.

The Augustus Lutheran congregation, inline with the Lutheran tradition of education, built the first school-house in Providence in 1742. Augustus Lutheran built the school because they believed that it was important to infuse education with Christian teachings. Muhlenberg also held this belief and became the first school-master. Luther’s Small Catechism, along with other Christian works, were included in the school’s curriculum.

Muhlenberg set the tone for the Lutheran community in America. Almost all Lutheran Churches in the United States today use liturgies from the one he proposed. In 1748, he founded the first permanent Lutheran synod in America, the Pennsylvania Ministerium. This was the first organized body of Lutheran churches in the United States. It started as an informal meeting with the intention of uniting Lutheran congregations in Pennsylvania. The third and eighth meetings of the Synod were held at Augustus Lutheran. As more and more immigrants began coming to America, the Pennsylvania Ministerium helped found other synods to accommodate their spiritual needs, thus facilitating the spread of Lutheran synods throughout the country.

Today Augustus Evangelical Lutheran Church is a part of the Evangelical Lutheran Church of America’s Southeastern Pennsylvania Synod. The main objective of the church and the synod is to work together to be witnesses to Christ’s presence among the church, the synod and the community. Augustus Lutheran strives for its congregation members to find personal relationships in Christ, and they represent the ideology of the ELCA through their often stated message, “Renew, Respond, Rejoice.” This message recognizes that through God’s grace and baptism individuals are made new, accepted, and loved. They are called to respond to this acceptance with love and service to the neighbor and to God’s creation. Lastly, they rejoice in God’s love and His promises. Through their preaching, music, and teachings, Augustus Lutheran professes that worship in God’s love and promises is the center of their congregational life. 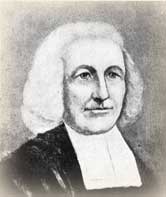 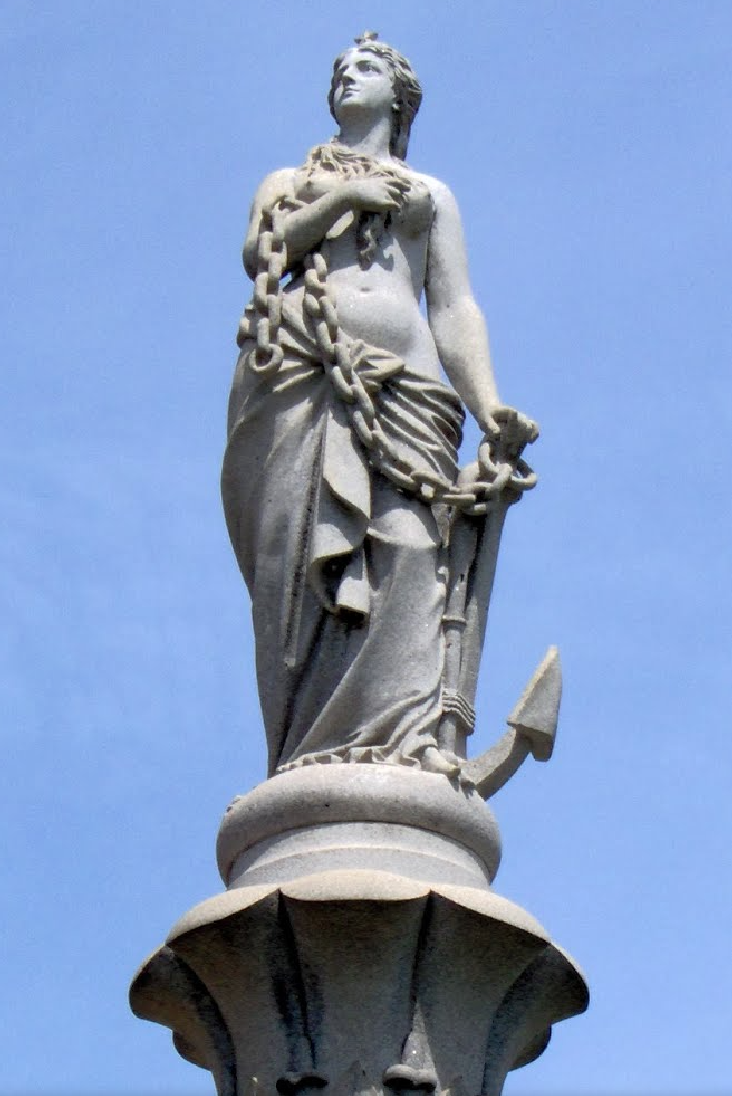 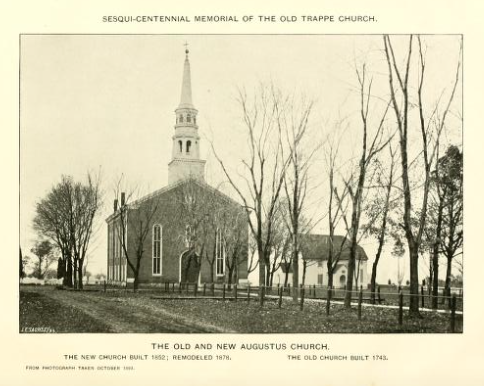 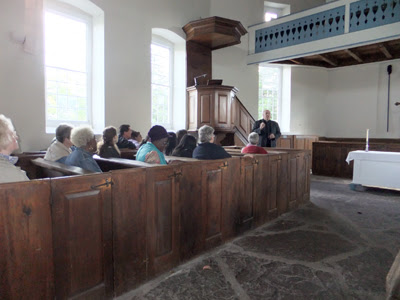 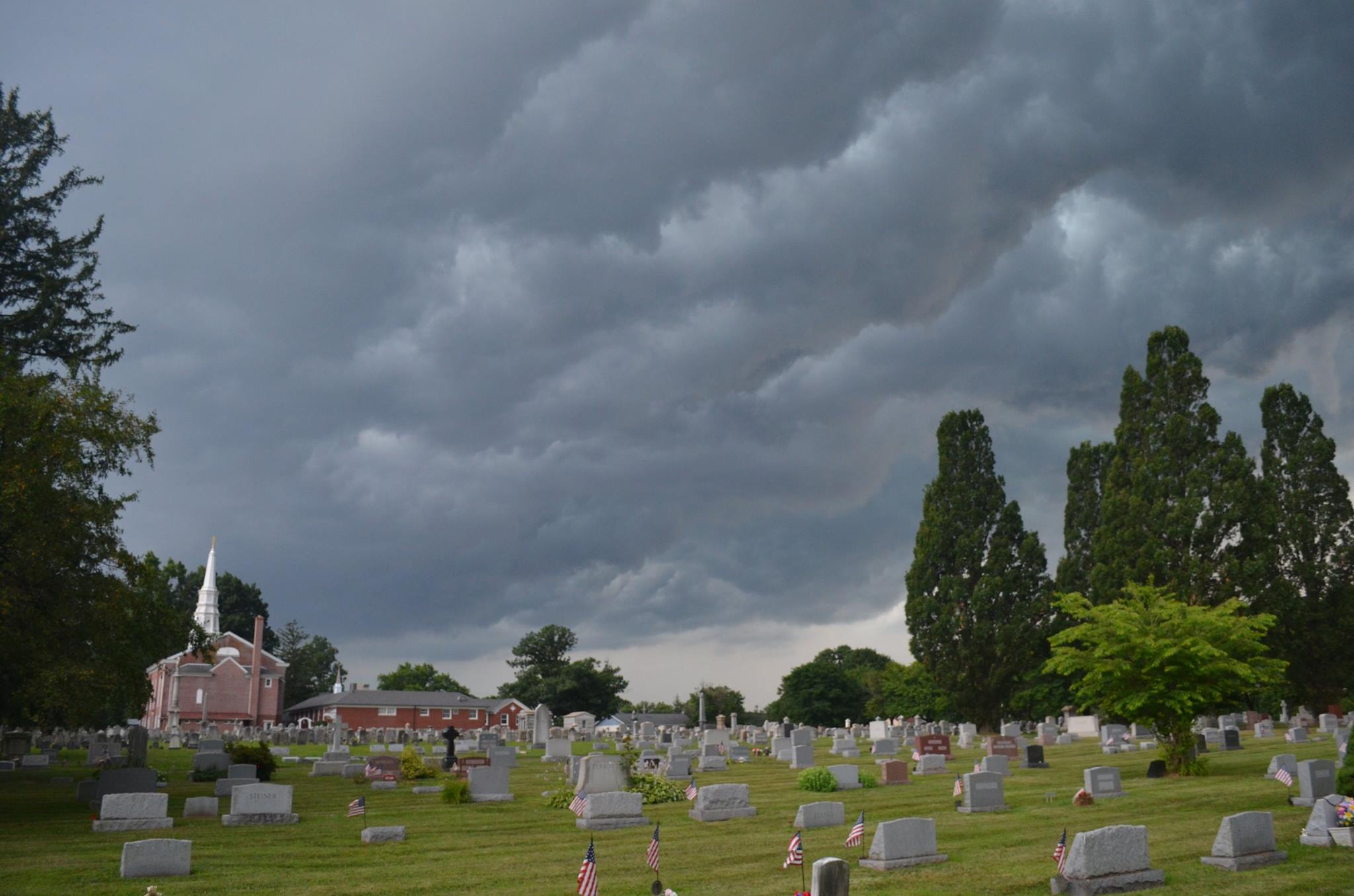 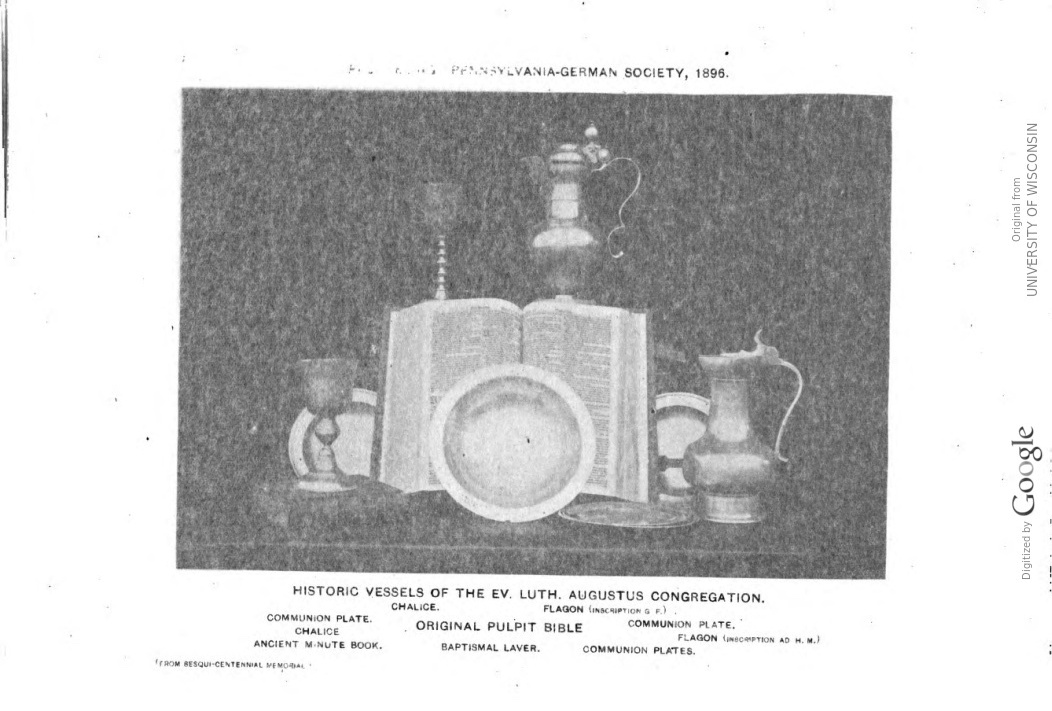 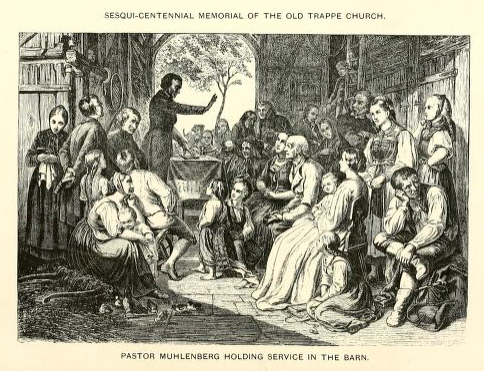 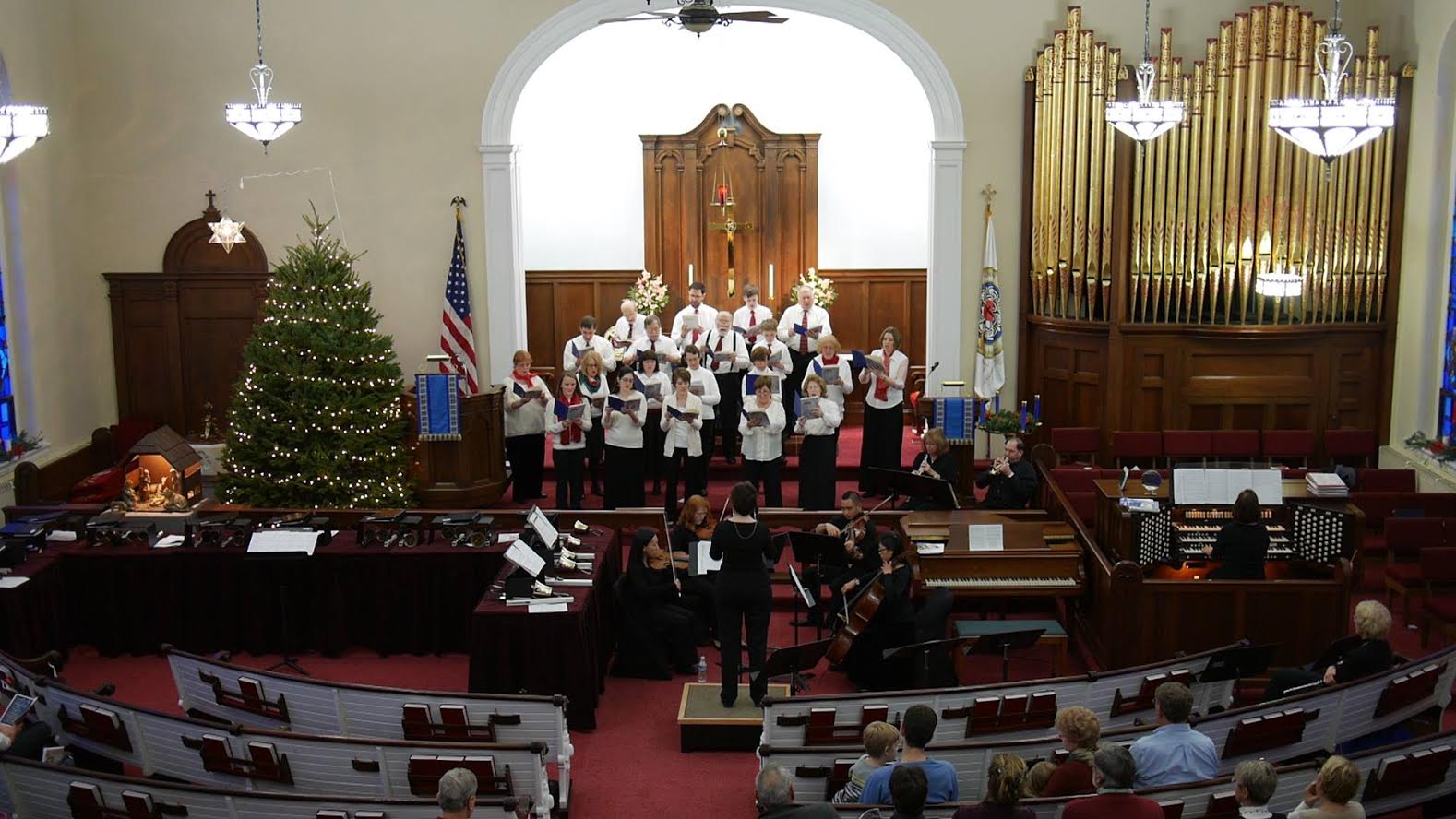 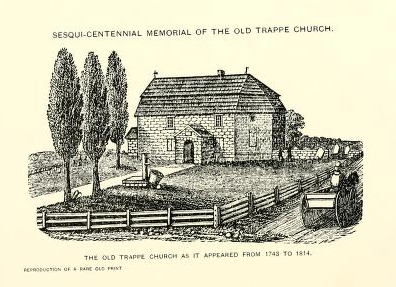 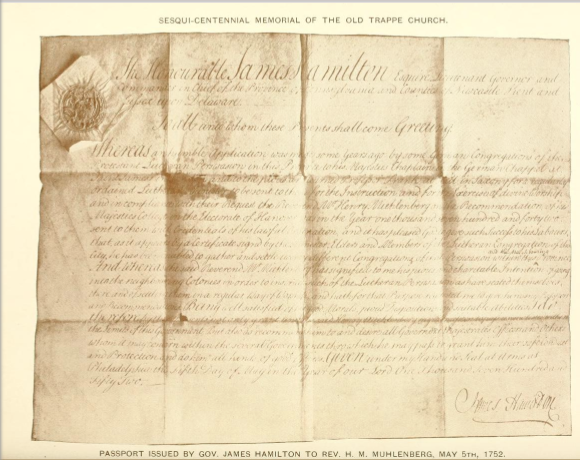 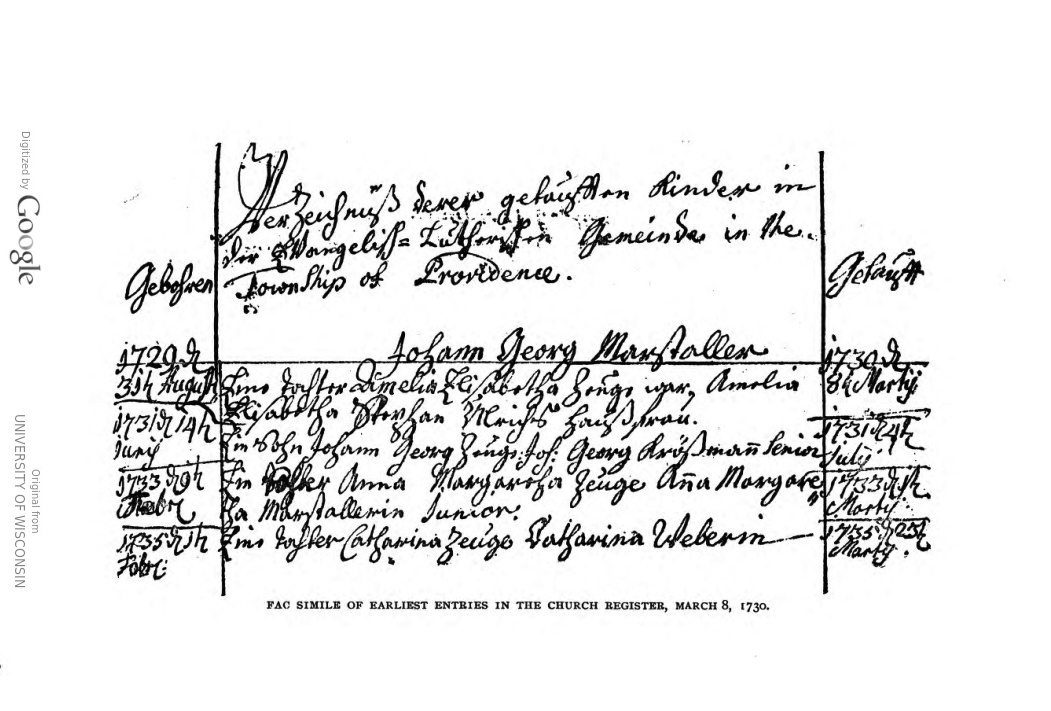 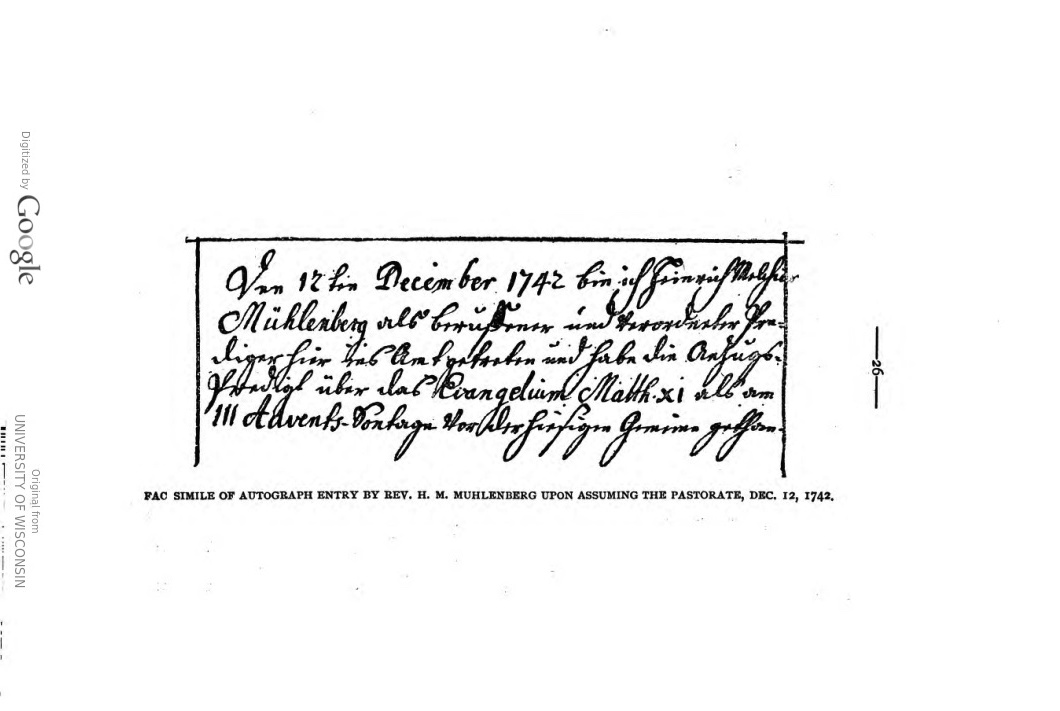 Muhlenberg Accepting his Position as Pastor