Artistic Citizenship at the Core of Democracy 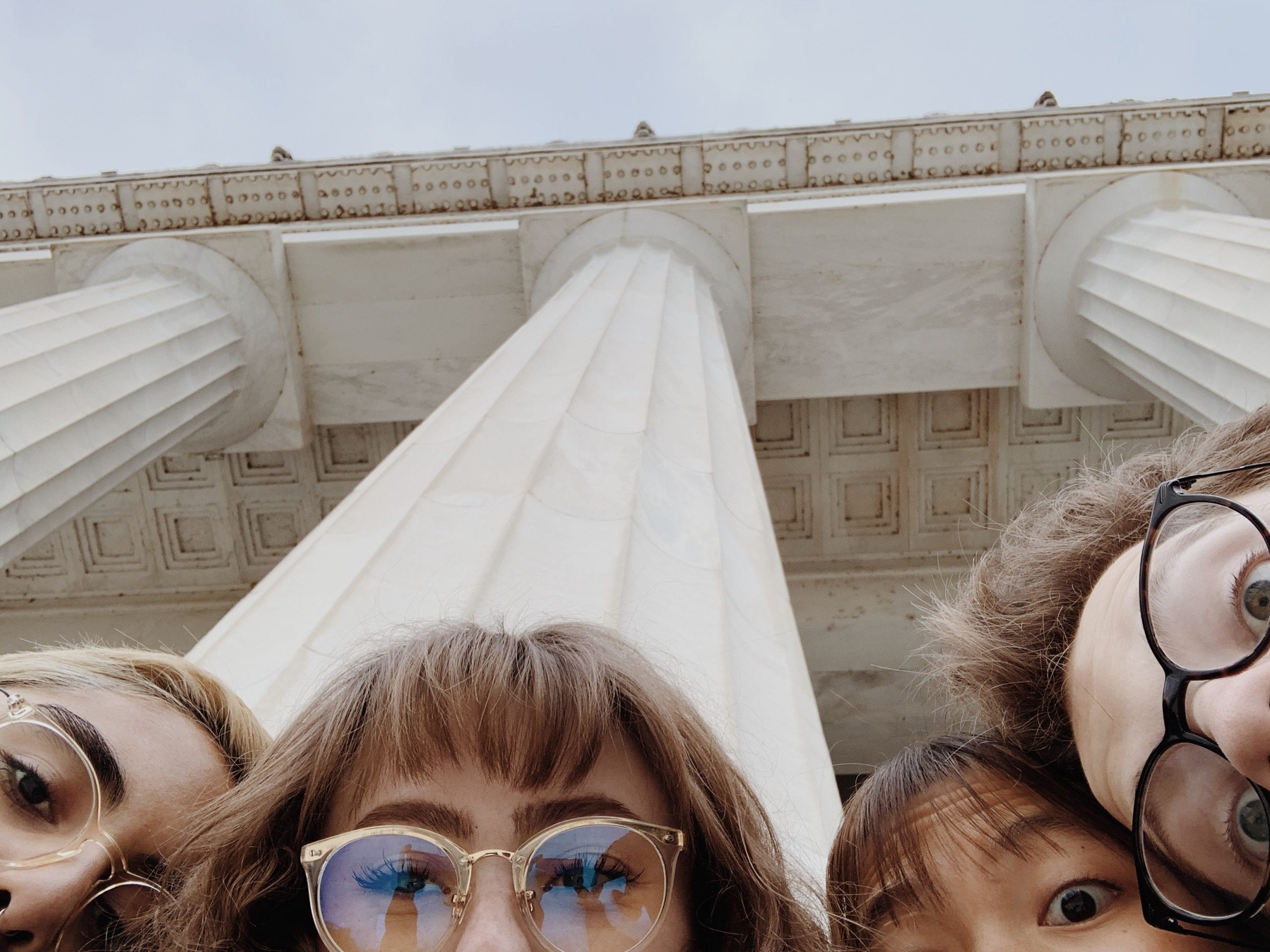 When people in the United States think of democracy, they often think of a governmental system with equal representation under the law. Previous to my visit to Washington D.C., my understanding of society’s notion of democracy seemed unattainable. Initially, I understood democracy as a lofty white man’s ideal; unachievable for many marginalized groups, including a high number of the residents native to the Washington area. As a class that is striving to understand the relationship between democracy and the arts, I was extremely skeptical of how that could be achieved in a place without representation. However, I had yet to realize the full extent to which the arts and democracy intersect and influence each other here in Washington through the idea of artistic citizenship.

For me, civic duty has always implied civic engagement. In other words, everyone has the responsibility of being actively involved in the places we reside. As residents of a place, we must enter into a symbiotic relationship with it, meaning that giving back to the community through participation results in positive benefits for both the participant and the community. Pre-D.C. I assumed various activities that fell under civic duty and engagement might include obeying laws, paying taxes, or voting. I misjudged and underrated how much art is able to intersect with civic engagement and how artistic citizenship is able to redefine what civic duty means. So many of the institutions and organizations we visited in Washington whole-heartedly believed that civic duty is inextricably combined with the arts.

Whether it is donating to the Washington National Opera (WNO) or lobbying for the National Endowment for the Arts and Humanities (NEA/NEH) at Americans for the Arts (AFTA), there is a role for everyone to play in the “arts ecosystem.” According to many institutions, everyone is an artist in their own degree. And by that merit, everyone has a responsibility to nourish the community through their engagement with the arts. I keep thinking back to when we visited the Library of Congress and our tour guide, a curator of Rare Books, described it beautifully in that a library is for everyone; a place that is accessible for everyone to learn and experience art in some form or another.

Another example was our first week when we took a tour with Attucks Adams around U Street where some of the riots happened in the 60s. We learned that many of the murals up and down U street commemorating people born out of D.C., were commissioned by the government. As an art form, murals were able to engage people in an accessible and public way with the history of the city and of its gentrification.

To move further along, the second core agent of artistic citizenship I observed is shared humanity. I would argue that this core agent is maybe the most important given the political climate of our government right now. As a student who lives outside of Washington, before traveling to D.C. issues between parties seemed extremely binarized and polarized. It seemed like there was no middle ground. Meeting with organizations like Dance Place, Smithsonian Folkways, Arena Stage, District Community Playback Theater Company, and many more to name, made me realize that the arts is able to transcend this polarization. Art has this magical ability to unite groups of people with differing ideologies through shared struggles or stories.

For instance, our class visited Dupont Underground where the World Press Photo Exhibition is being displayed. Robert Meins, the CEO, explained to us that the purpose of the exhibition was to initiate active dialogue about issues around the world. The exhibition serves as a starting point for people to engage not only with art but also with others around them. The powerful photos evoke such strong feelings that almost everyone looking at them can relate to feeling and is a prime example of shared humanity and the power of connecting with other people.This connectedness reaffirms to people why they should be invested in the arts, whether that be through consumption or production.

And last, but definitely not least, is community. I have learned that because art is a conduit to connect people and represent people at the same time, it is also a starting point for building communities. A prime example of that here in D.C. would be the Halcyon Arts Lab, a space for their artists residency where up and coming artists are able to better develop their art. It was explained to us that many of the artists were engaged in social justice projects and the surrounding community. While we were there, we got to meet some of those artists.

The artist I want to point out is Janae. Janae let us in to their studio and shared their involvement with the black and queer community in and around D.C. As a queer person of color, Janae explained that their art is solely for black folk because that is what is important to them and what they feel they must focus on. By creating art for a marginalized group, Janae has acted as a catalyst for bringing together a bigger community of people who are able to bond over aspects of shared humanity that reinforce the importance of engaging with art. Furthermore, we observed and engaged with other communities of all sorts. From the Smithsonian institutions to the Washington Performing Arts (WPA), their mission and vision statements almost always embodied the core foundations of artistic citizenship and the importance of community. 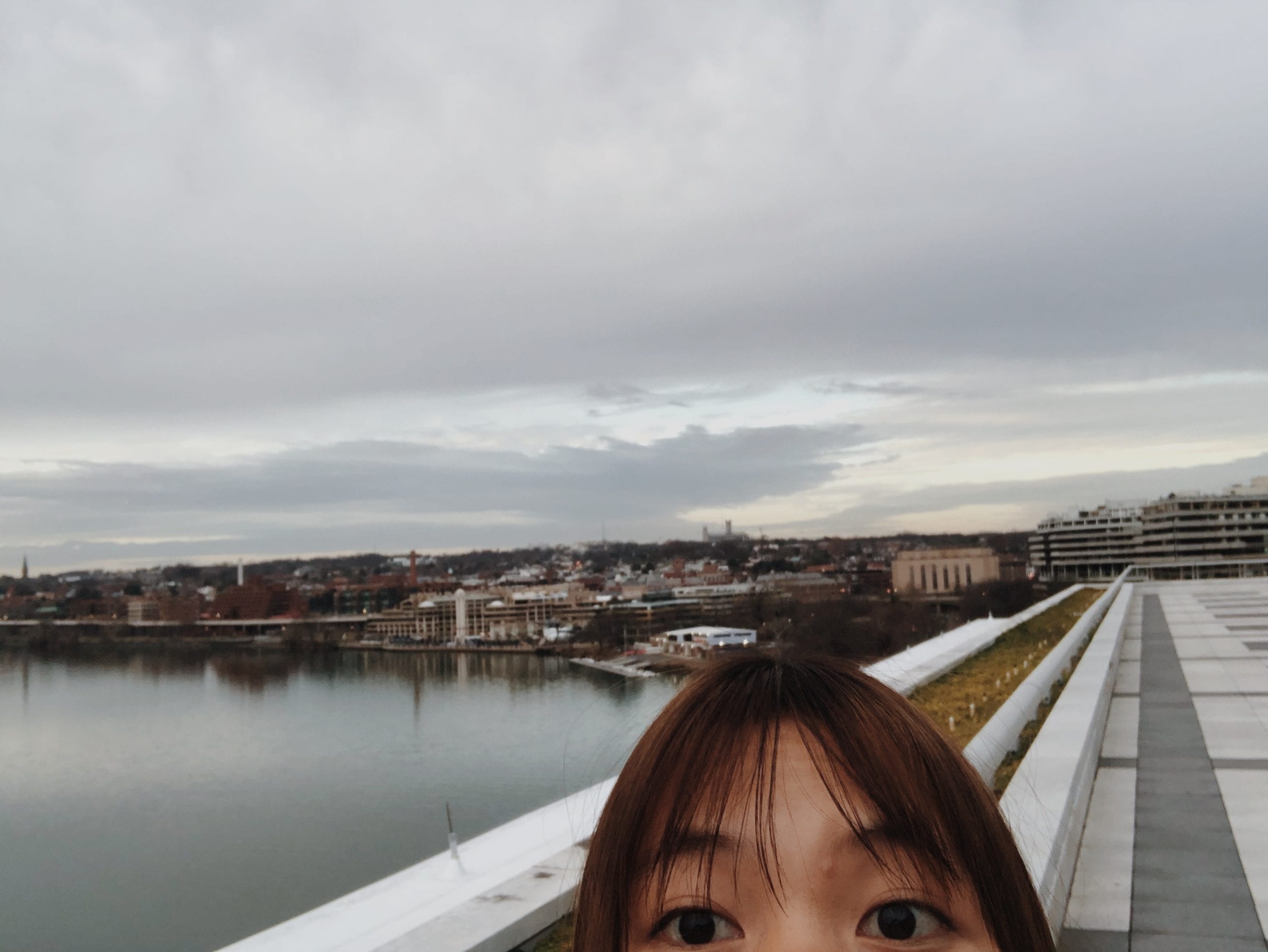 Anna Cook ’22 at the Kennedy Center.

Many of the places we visited were trying to diversify representation among marginalized groups in the arts, either with their artists, the artwork, or their audiences. I found that democracy in the arts wasn’t always at the surface of every institution, but interconnected with many other aspects of their mission or programming. And while democracy might not fully shape or represent the arts, the arts definitely shape democracy and the identities found within the art ecosystem. Throughout my time in D.C. I’ve learned that although almost everything is political, art is a bridge for communication and no matter what political party you belong to, artistic citizenship aspires to achieve something that almost everyone can share in: democracy! Equal representation in the arts.