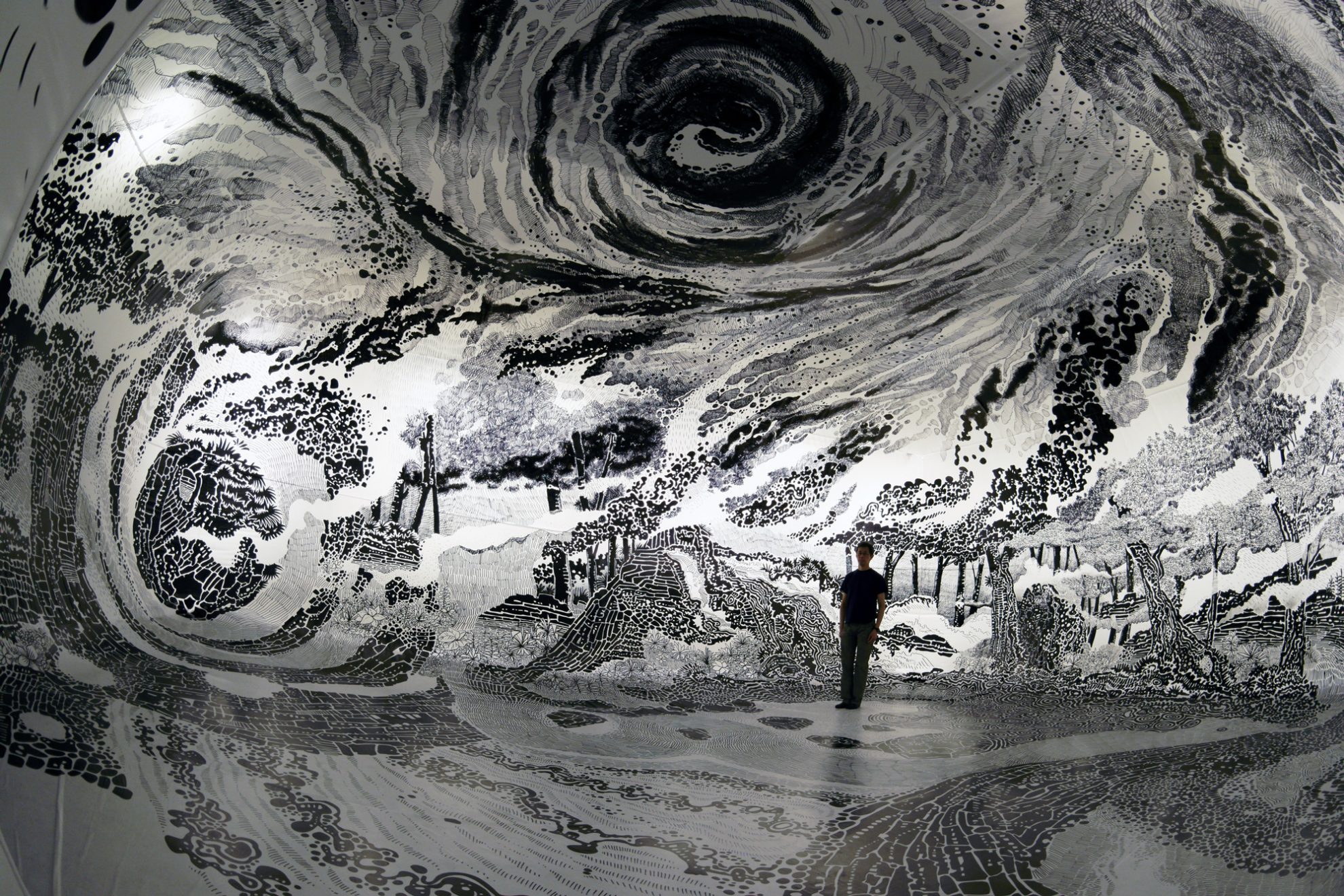 Adele Gordon is a class of 2020 graduate with majors in Political Science and Art History, and a concentration in International Relations. Her experience teaching English in the Twin Cities and Northfield areas has led to her interest in working with underserved groups. After graduation, she will pursue a career in international affairs through service in the Peace Corps, North Macedonia.

My final project for our independent research involved compiling a presentation of various Nikkeijin artists across the Americas, following their movements and what geographic influences play into their works. Through creating a visual representation, I found that it became easier to really see the wide-reaching spread of these artists, and how they have connected with local influences as well as influences from Japan. In this project, I attempted to engage with Takeyuki (Gaku) Tsuda’s “Disconnected from the ‘Diaspora’: Japanese Americans and the Lack of Transnational Ethnic Networks.” This article challenged the characterization of the Nikkeijin as a diaspora. Instead, Tsuda displays how the Nikkeijin have transformed into an ethnic minority group without the ties to Japan that are required to be labeled as a diaspora. I felt that the visual representation I created was partly in line with this argument—the Nikkeijin have definitely spread far and wide. However, each artist creates pieces that reflect on their identity as a descendant of a Japanese emigrant or one themselves. In this way, this presentation pushes back a bit on the argument Tsuda makes.

My interest in this research began with the desire to examine visual culture as a means of representation. Eventually, this shaped into how representations of a group of people may not, and often do not, equate to representations by a group of people. Throughout this course, we have explored themes related to representation as a tool by the state or agency by a minority group. This involved critically re-evaluating what I thought I knew about certain groups of people, including minority groups much closer to the US than East Asia. In this course, we have developed a framework for critical thinking, in part by learning how to recognize that there is a visual economy playing into what stereotypes are created about minority groups. In my own professional interests, I hope to pursue a career working internationally in some capacity. I think this type of critical thinking that we learned throughout the semester is vital for the success or positive impact of such a career, especially when one is working with a diverse group of people.