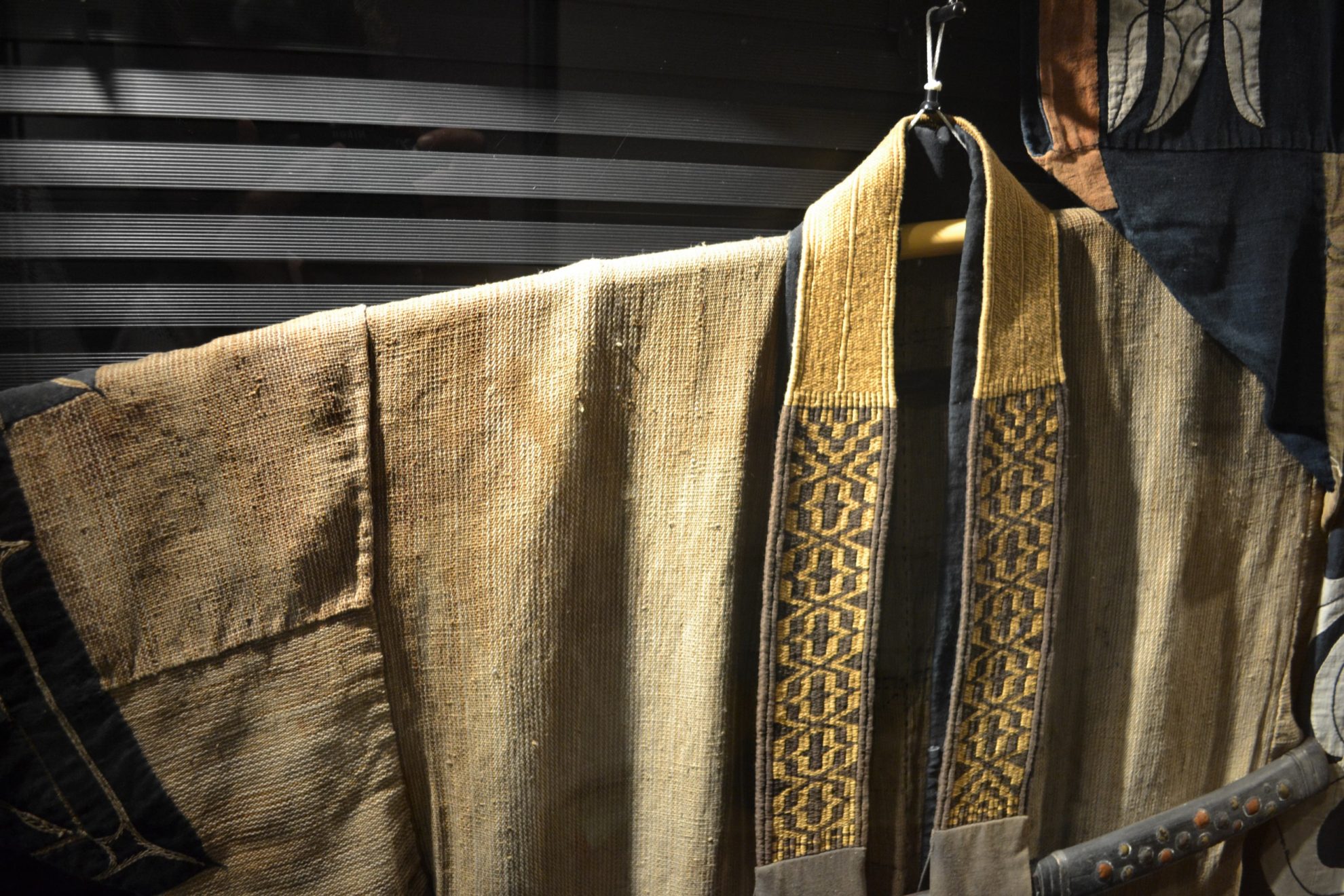 Our interdisciplinary collaboration with one another in Spring 2020 was born out of a shared interest in learning about how minority groups within Asia were represented in visual culture. Prof. Spiker had research experience in dealing with representations of Ainu visual culture in the 19th and 20th centuries in Japan, while Julianne Stewart ’20 and Adele S. Gordon ’20 had an interest in learning about Taiwan and China.

Our collaboration included (1) developing a shared reading list on this subject, (2) meeting weekly to discuss said readings, and (3) each student developing an independent digital humanities project using StoryMapJS by the knight lab at Northwestern University.

Photo credit: Photograph of an Ainu attush robe taken at the Nibutani Ainu Culture Museum by Prof. Spiker in 2011. Made from elm bark.