Democracy (/de mäkresē/): noun; a system of government by the whole population or all the eligible members of a state, typically through elected representatives. 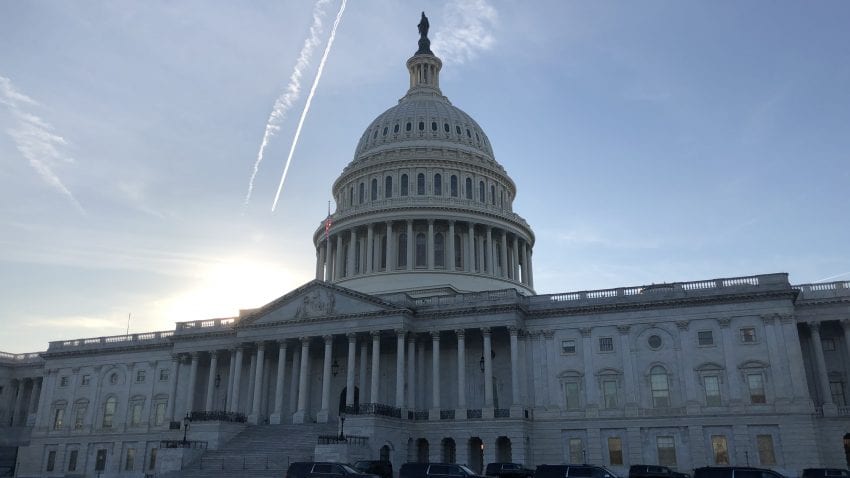 The U.S. Capital, the cornerstone of American democracy

Art (/ärt/): noun; the expression or application of human creative skill and imagination, typically in a visual form such as painting or sculpture, producing works to be appreciated primarily for their beauty or emotional power. 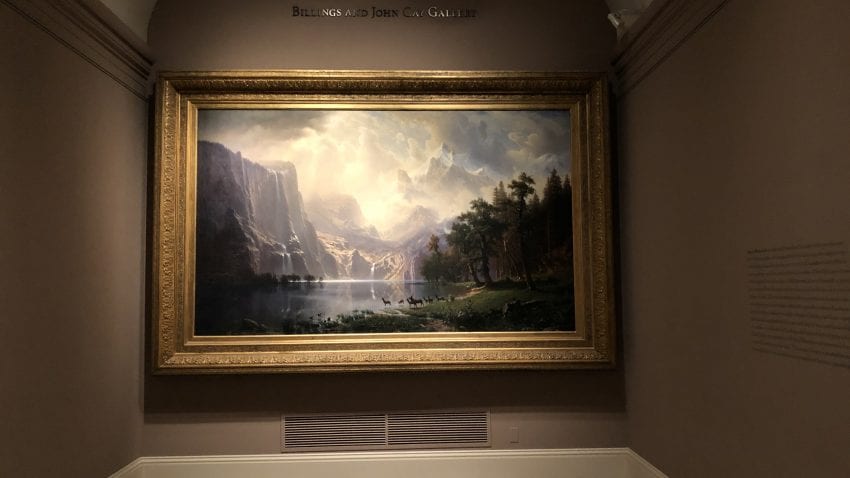 A painting in the Smithsonian American Art Museum (SAAM)

Democracy and the Arts: experience; a month-long course in which 24 students and 2 program leaders closely examined the relationship between democracy and the arts through various situations, including site visits, meetings, performances, and discussions. 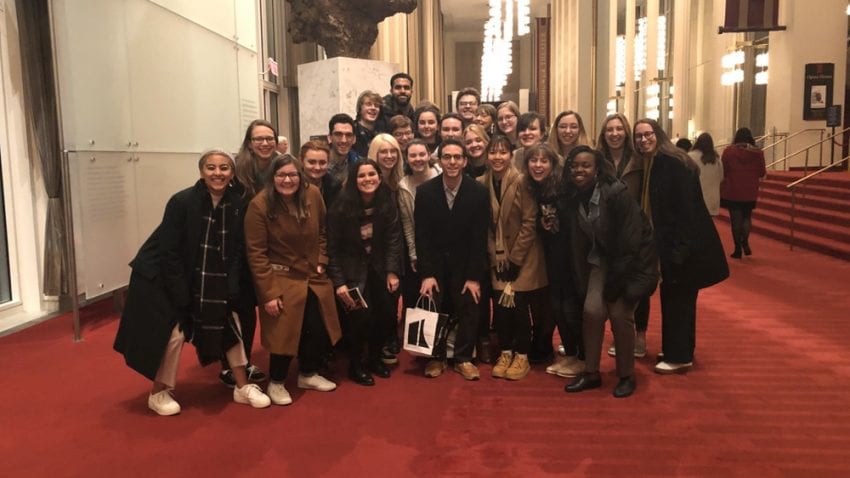 A group photo at the Kennedy Center after our last performance

The definitions above of “democracy” and “art” are exactly what appear when you type “define democracy” and “define art” into Google. But somehow, this month has made this English major question dictionary definitions, especially definitions of words so abstract and complex as “art” and “democracy.” In this sense, combining these words during this course and evaluating each word in the context of the other made for a challenging, complicated, and innovative union.

And where else would you explore the intersection of democracy and the arts then Washington D.C., a city that prides itself on representing our country’s democratic nature?

I walked into this experience 23 days ago with an assumption that the arts and democracy had no relationship in America and that we were in Washington D.C. to confirm such suspicions, using the month as an opportunity to challenge the non-existent relationship. As a music student, my day is infiltrated with whispers of budget cuts to arts funding at both the local and federal level…even murmurs of budget cuts within the St. Olaf music department circulate the music building at times. And as I consider the literary arts as a pillar of the art forms, I worry about lack of funding for libraries and literacy programs, or cuts to college English departments across the country. Lately, with an increasing emphasis on technology and innovation, it’s seemed as though arts and humanities – the home of my two majors – are tossed aside while STEM is prioritized.

So long story short, I came into this program a cynic regarding arts funding, accessibility, and advocacy.

I’m going to honest: this post isn’t “I came in a cynic and came out an optimist,” or “I am a changed individual based on the last 23 days alone” because I don’t believe such a dramatic flip can occur in a mere 23 days.  However, I do believe that this course instead gave me vital information regarding the intersection of arts and democracy, information that will help me critically examine arts in the democratic process. It didn’t change how I feel about arts funding, accessibility, and advocacy, but helped me develop a different mindset in the way I see art in America. I could cite dozens of experiences that began to spark my shift from cynicism to optimism during our time, but I want to specifically discuss our site visits to Americans for the Arts (AFTA) and the Washington Performing Arts (WPA).

In my opinion, democracy plus arts equals AFTA. It was incredible to see the way they carefully lobby elected officials, write policy, and research art in the U.S. Specifically, I loved hearing Lauren Cohen talk about how she connects with different politicians, searching until she can find a detail that proves to the politician that they have a personal stake in the matter. She told one story about when she was having a particularly difficult time connecting with a Republican Senator. While I can’t recall the exact details of the story, it was something along the lines about his wife being involved in the arts, a detail that Cohen used to promote the current policy she was lobbying for. At AFTA, we were learning about democracy and arts in action, seeing an example of how the arts and democracy interact in Washington D.C. At Washington Performing Arts (WPA), we were able to see directly how arts funding impacted students across Washington D.C., specifically in programs including their D.C. Keys initiative, which puts enough pianos in elementary classrooms for each student in the music class.

At the end of the month, we were able to see WPA’s Gospel choirs perform in their MLK Day Concert at the Kennedy Center on Sunday, January 26th. Throughout the month, we were incredibly lucky to see three different performances at the Kennedy Center this month: the Washington National Opera’s (WNO) three new 20-minute operas, My Fair Lady, and the Washington Performing Arts’ MLK Day Concert. As we watched the performances, it was easy to forget that the Kennedy Center is publicly funded and therefore, each performance we saw there was partly funded by the government. While My Fair Lady was more what you would expect from a publicly funded institution (as a classical musical theater piece with only slight undertones of social issues such as class), the WNO’s 20-minute operas and the MLK Day Concert each sent more political messages. WNO’s 20-minute operas had themes of privilege with an opera about the college admissions scandal, immigration and the challenges immigrants face, and racism in America. The MLK Day Concert was the most unexpected performance in the Kennedy Center for me, as the audience was vocally engaged and themes of civil rights and equality echoed in the concert hall. Yet again, it makes me optimistic to remember that all three of these incredibly different artistic experiences were partly funded by the government, by those in power just a few miles away. 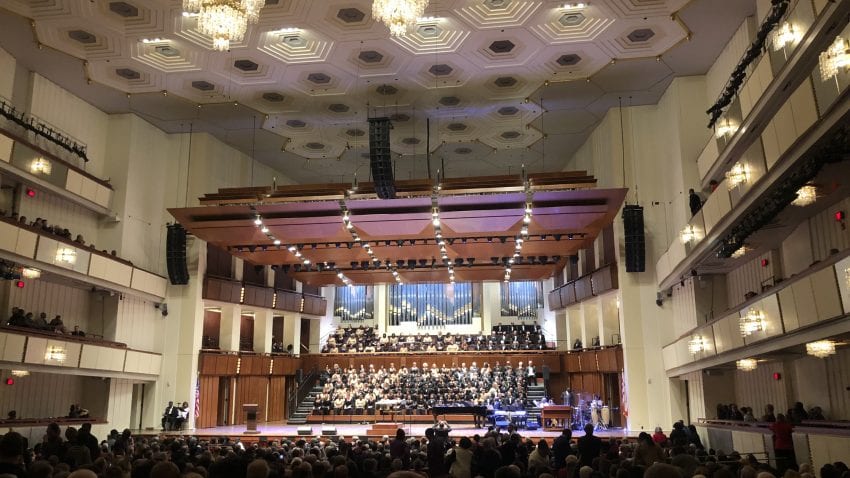 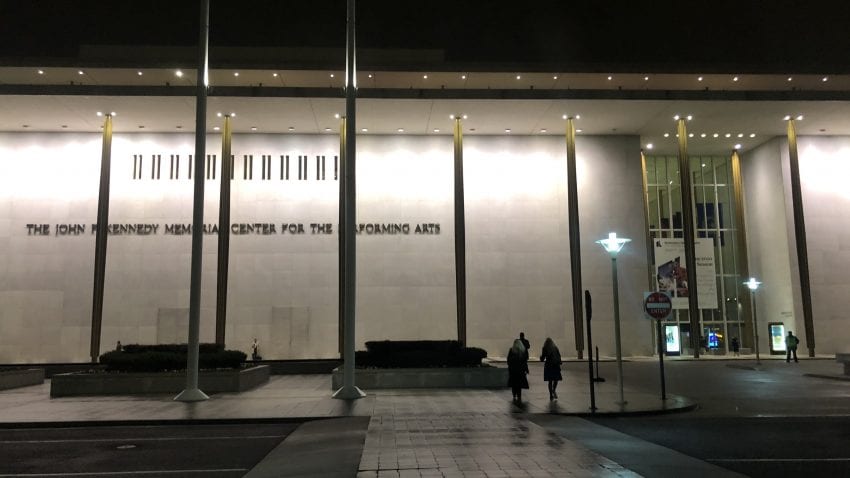 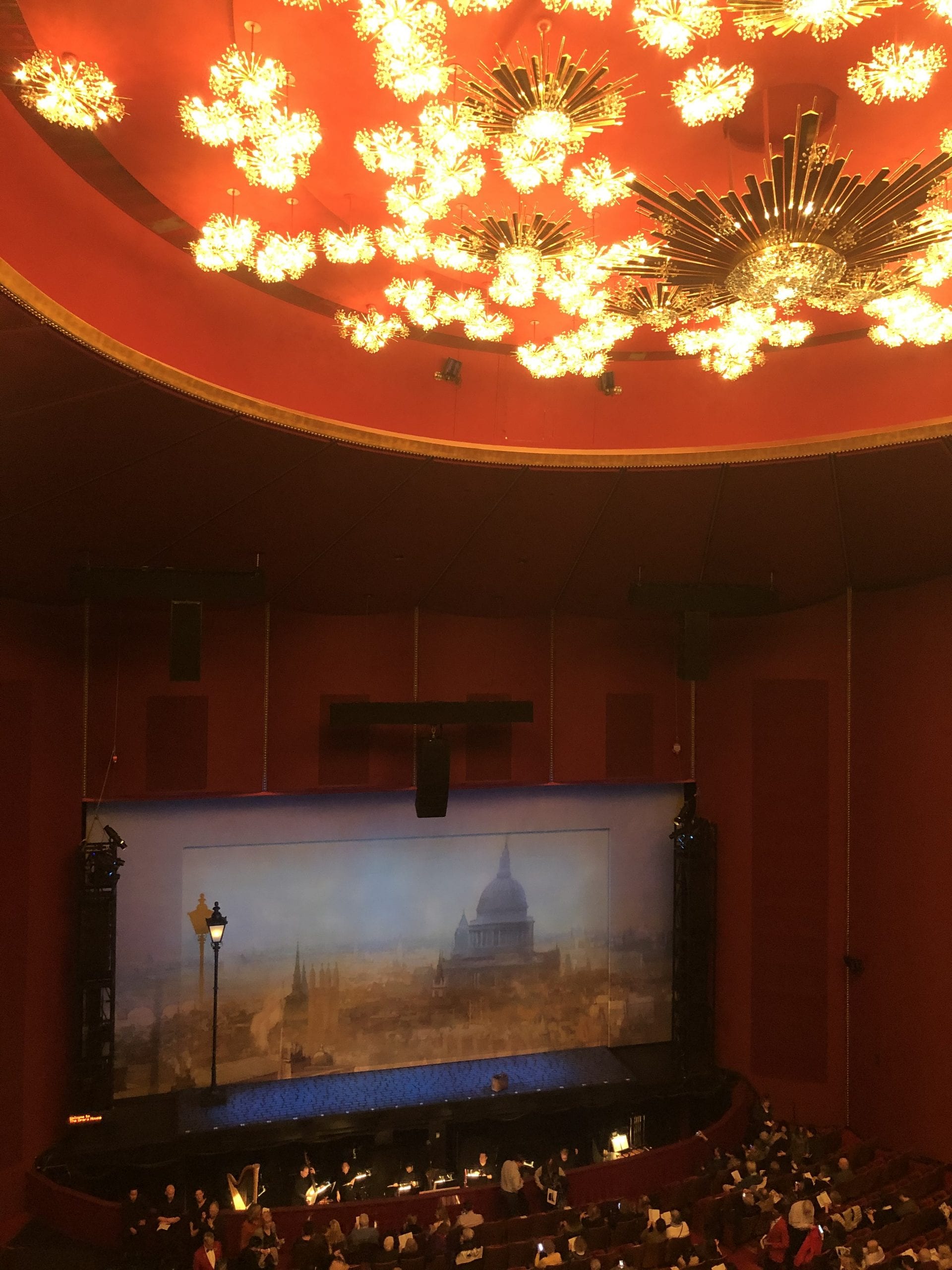 But after our meeting at the National Endowment for the Arts (NEA) and National Endowment for the Humanities (NEH), we became acutely aware of censorship in publicly funded arts spaces. While government funding for arts means arts can simply exist, it sometimes doesn’t necessarily mean that they can exist in a free manner. One individual we met with at the NEA/NEH stated “I can’t say how I really feel” at her job regarding political issues, such as immigration, racism, and classism. And public funding can be an incredible thing, as it can give funds for outreach programs and accessibility. But, I think I learned the relationship between public funding and censorship is a balance; without public funding, you can be uncensored, as we saw at Dupont Underground. However, it also means they can’t immediately make their work wheelchair accessible as they don’t have $80,000 to put in an elevator.

All of this leads me to consider my own vocation and career, specifically as it relates to my civic identity.

I don’t need to be in Washington D.C. knocking on Senator’s doors to advocate for the arts. While these positions are possibly the most visible, arts advocacy occurs from a variety of different levels. Civic engagement and identity can also be education. It can be devoting your life to educating the public on cultural differences, and not only educating the public but educating myself. It can be putting in the work to research the cultural norms of another place yourself. It can be taking the time to research a country to participate in the Folklife Festival, it can be signing a petition for more accessibility in Dupont Underground, it can be supporting Dupont Underground so they can put in an elevator. Right now, I don’t know if I can define my civic identity, just as I don’t find it possible to define art and democracy. But I can hope that my civic identity is arts advocacy and cultural education, and go from there.

I want to sum up: Art is alive and well in Washington D.C., but this doesn’t mean our work here is done. Arts can still be more accessible, more funded, more equally funded. I would like to see arts seen as equal to STEM and undefined, uncensored. I want to keep supporting and fighting for art – and maybe I will do just that in a career come May. And I propose that we take this knowledge from this month to keep redefining and critically examining arts and its intersection with the democratic process.