© 2020 The Reed: An Undergraduate Journal of Existentialism

“Man is but a reed, the most feeble thing in nature, but he is a thinking reed… It is not in space that I must seek my human dignity, but in the ordering of my thought. It will do me no good to own land. Through space the universe grasps me and swallows me up like a speck; through thought I grasp it.” 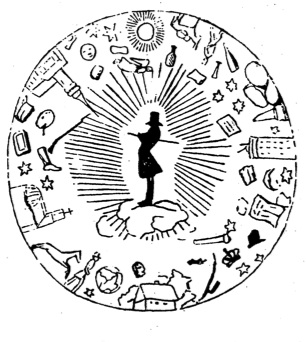 Officially, one could say this publication is an undergraduate journal of philosophy centered around the school of thought most commonly known as “existentialism.” However, the term “existentialism” has many definitions and can refer to altogether different issues. On the one hand “existentialism,” or perhaps more aptly “so-called existentialism,” is a label conferred upon a intellectual movement that can be traced back to the 19th century philosopher, Søren Kierkegaard. I include the term “so-called” because the actual term existentialism was not coined until the French philosopher Jean-Paul Sartre broke on the scene defining the term and movement. Moreover, many of the thinkers associated with the movement, such as Sartre’s contemporary Albert Camus, flatly rejected the title. Despite the confusion surrounding the term, a definition of existentialism can and will be provided.

Perhaps a more commonly known usage of the root word “existential” refers to a moment or experience in life that forces reflective analysis of what it means to exist. For instance, Mary may allude to her recent automobile accident as an “existential moment” because the episode caused her to take stock of what she has, her life, and how she chooses to live it. A Volvo ad promises that their new rugged series is an answer to the “existential crisis” occurring in the individual’s soul. Existentialism in this sense is a basic, gut reaction to an event in one’s life. Both elements of existentialism are represented in this journal, as the authors of the work explore the multifaceted dimensions of the term.

“So-called existentialism” as a whole is a response to the school of thought labeled as essentialism. Essentialism holds that there does indeed exist a lasting essence within any given thing. For Plato, there existed a trans-temporal world in which the essence of things existed. In Plato’s view, our senses were unreliable, and in order for an individual to be sure of what he knew, he had to access his world through his intellect. Aristotle later disagreed with Plato and asserted that the essence of things exists within the thing itself. Joe did not need a trans-temporal world in order to understand that the thing in his hand was a cup, simply because the cup possessed cupness in itself. Essentialism leads nicely into Christianity and Thomas Aquinas who held that God conferred Joe’s essence upon his flesh and that Joe’s soul existed within him. Christianity came to be dominated by an essentialist philosophical and theological orientation. It was not until a Dane by the name of Søren Kierkegaard began writing in Copenhagen that the premise of essentialism was contested. Kierkegaard was the first of many thinkers to put a emphasis on the individual and the degree of choice involved in the development of a person. The individual is presented with a seemingly infinite array of possible forms of reality and is left to will one or another for himself. For Kierkegaard, Joe is this or that because Joe willed this or that form of existence. Joe chose and willed to become a Christian, a Jew or secularist. His belief in the wealth of possibilities is one reason why Kierkegaard wrote under numerous pseudonyms presenting various, and at times, conflicting positions.

The importance placed on individual choice and will is a common theme threaded throughout “so-called existentialism.” Other thinkers, such as Friedrich Nietzsche, wrote poetically on the beauty and power of individual choice and will. Joe and Mary are what they create of themselves. In a meaningless world, the only meaning Mary can hope to make sense of is the meaning that she ascribes to herself and the world. As Sartre wrote, each person is infinitely free to do and make of himself as they please. To consider oneself under the dominance of another entity or power is to live in what is one of the most famous notions to arise from existentialism, “Bad Faith.” Bad Faith was explicated by Sartre, and is the denial on the part of the individual that he has control over himself and his experiences. For example, Mary lives in “Bad Faith” because she believes her unhappiness is due to a meaningless job that she cannot afford to leave. Her life is hopeless because she thinks she has no choice in the matter and must continue on this way. Sartre will say that Mary’s belief is incorrect. She simply is not willing to recognize that she has control of the situation and can at any moment choose another option. According to Sartre, the individual has chosen whatever consequences may befall him. Thus, the individual is responsible for his own reality, whether it be disastrous or glorious.

A unique and freeing aspect of existentialism is that it has a literary outlet. Writers such as Camus, Kafka, Dostoyevsky, and Percy, have explored existential issues in brilliant literary pieces. Themes such as absurdity, free will, irrationality, disunity, revolt, and disillusionment appear and reappear in literary works considered to be existential, as well as those that are not. In this journal many of the submissions, whether wittingly or not, are literary excursions into the realm of existentialism. A phenomenological approach often provides what may be the best literary tool for some of our writers who furnish vivid episodes of pure consciousness. In all, The Reed attempts to represent the many faces of “so-called existentialism” and phenomenology, in both its academic and literary manifestations. Enjoy.