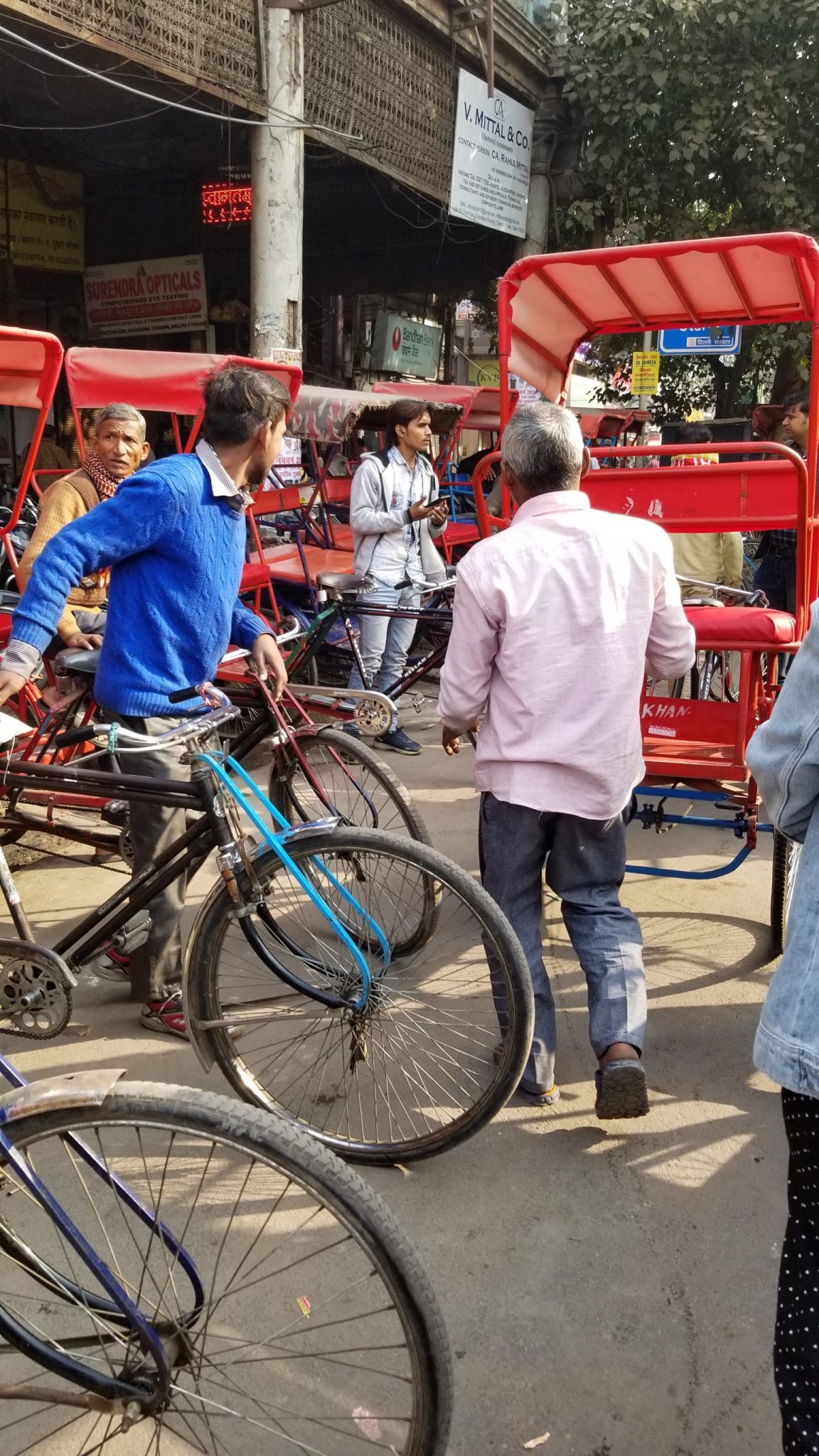 A collection of rickshaws line up for us to choose which will take us through Old Delhi.

A video from my perspective while we bump along the uneven streets. 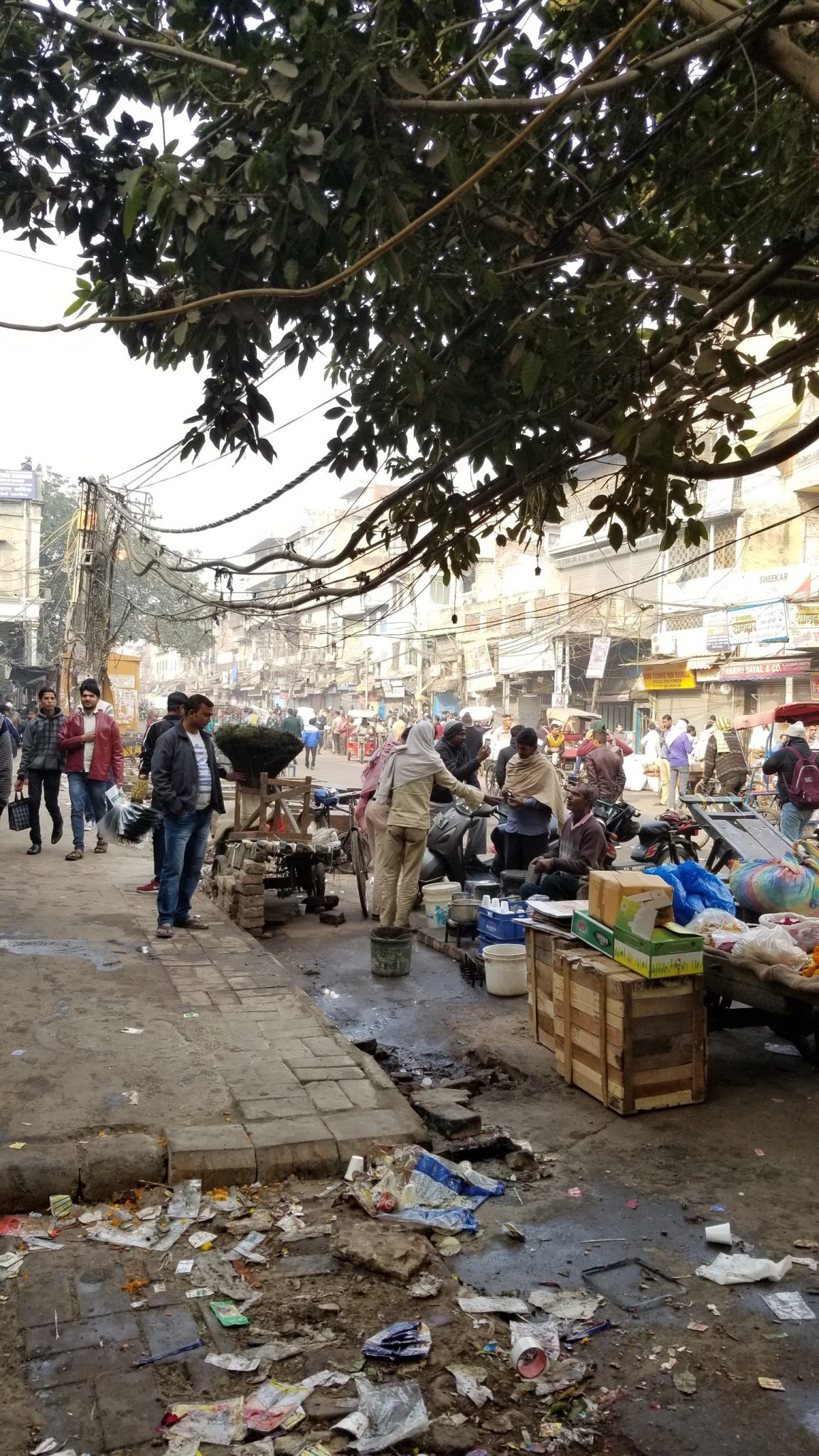 Delhi is packed with bazaars of food vendors, eye doctors, clothes stitchers and men selling fronts and vegetables of all kinds. We are careful to weave through cows, wild dogs, and goats.

Squeezing into the stone hard seat of the rickshaw, sitting thigh to thigh next to Iain, we bump, crash and sway through the stony streets of Delhi; our faces are blasted with dirty, smokey, curry-scented air and we are met with several stares and inquisitive looks.

Stark First Exposure to the Pluralism of India

Forewarned by our first tour guide of India, Push, that we would encounter a city sprawling with people who only appear busy, we walked through Old Delhi interpreting the adamant merchants and cyclers as people putting on a sort of act. Approaching the collection of rickshaws, Iain and I chose one and squeezed onto the small bench while our cyclist scrambled on and began pedaling. The first thing I noticed–aside from the absolute insanity that was the somehow orderly chaos we wove through–were the stares. White Americans clad in American clothing which covered our money belts full of rupees, we passed women who held babies and asked for change and men skinny down to the bone trying to sell peppers or oranges. The ride was an exceedingly invigorating and enthralling first encounter with India, however, the excitement was broken continuously by a feeling which told me that it was wrong for me to be enjoying it. The feeling was a stark wake-up call informing me that I was not in the country with a simple and easy task of tourism. Instead, I was beginning a journey of exceedingly challenging juxtaposition of all that is normative to me in my life with that of those who live different lives according to their caste, their profession, their religion, their socioeconomic standing and so much more. It is important to note this feeling of uneasiness and feeling that we are out of place. Noticing our privilege, we are humbled and our attention is drawn back to the central aim of our visit to India: to gain a greater understanding of the pluralism in India, both religious and cultural.