The “devil at your doorstep” was how the St. Olaf College administration viewed a small brewery and beer garden once located directly behind Thorson Hall. In 1885, Adolph Grafmueller purchased the land adjoining Manitou Heights. He enlarged a natural sandstone cave for beer manufacturing and storage, creating what students nicknamed “Brewery Hill.” In front of the cave he built a couple of buildings from limestone. The large flat area in front served as a beer garden with tables, chairs, and colored lights.

Since Grafmueller’s business was near St. Olaf, students “inspected” his establishment on the sly. In fact, some students even raided cases of beer by dropping down the caves’ ventilation ducts using ropes. In 1897, Grafmueller sold his business. In the years that followed, until 1919 when Prohibition took effect, owners continued the manufacturing of beer. After 1919, for many years the caves housed the Northfield Bottling Co., which manufactured and stored soda pop; thus, the site was renamed “Pop Hill.”

Professor Carl Mellby recounted a story from June 1904, when Hermann Wenner peddled beer without a license. The college was enthusiastic about getting the liquor traffic out of Northfield, so Professor Oluf Glasoe pretended to be a customer and secured samples. The beer purveyor and his wife were brought into court. They defended themselves by saying that they made and sold a valuable health drug.

“Do you sell that to college boys?” demanded Judge Couper.
“Yes,” she said.
“Why?”
“It makes them strong, healthy.”

Finally the lawyer summed up his case, making some strong statements that caused Mrs. Wenner, age 70, to become quite heated. When Judge Couper pronounced the sentence of $20, she rushed toward Professor Glasoe and began chasing him all over the room. He was afraid to leave for fear that she might catch up with him. He managed to dodge her by going around until she became exhausted.

A couple of days later, she called on President John N. Kildahl. Mellby was present and recalled the conversation:

“Mr. President, that was a grand injustice.”
“No, you broke the law.”
“But your boys have money and can pay for it. It’s good drink. It’ll make them better Christians.”

The college acquired the caves in the mid-1950s. Before and after the purchase, students continued to frequent the site, a popular locale for beer and blanket parties, exploration, and other mischievous exploits. By the early 1960s, a door barred entry, but students continued to find ways to sneak in. In 1987, the caves were permanently demolished after a student accident. 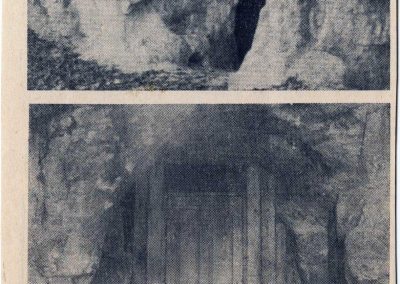 To Enter or Not to Enter…That is the Question.

The college acquired the caves in the mid-1950s. Before and after the purchase, students continued to frequent the site, a popular locale for beer and blanket parties, exploration, and other mischievous exploits. By the early 1960s, a door barred entry, but students continued to find ways to sneak in. Creator Manitou Messenger, February 17, 1961 Source St. Olaf College Archives 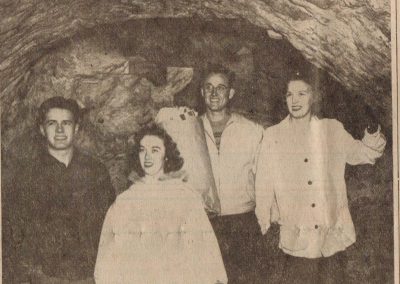 How Do We Get Out of Here? 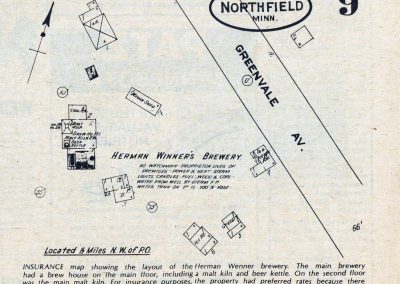 Hops Down the Road 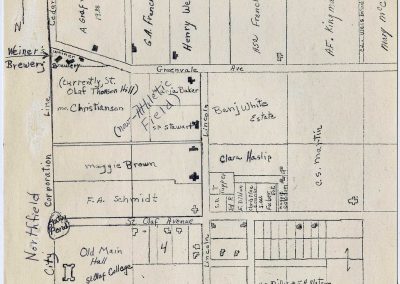 Devil at your Doorstep 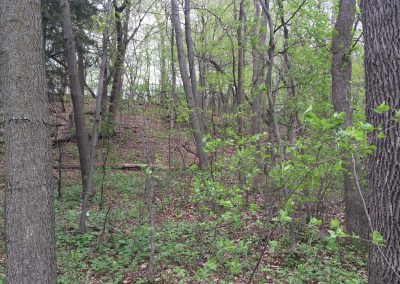 The caves were destroyed in 1987, and there is no known marker that highlights the entrance. They were located in this now wooded area next to Greenvale Avenue. Creator Melanie Jones, May 5, 2015 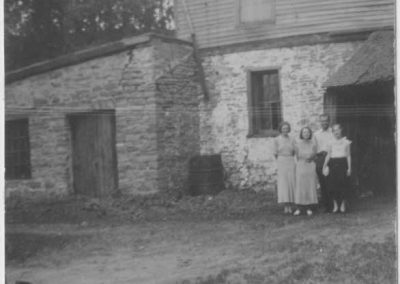 When the photograph was taken in 1931, the old brewery housed soda pop for the Northfield Bottling Co.; the site was renamed “Pop Hill.” Source St. Olaf College Archives.