The valley of the stalwart pines beneath the college hill
Away from all the campus stir—a place so quiet and still . . .

So wrote St. Olaf College’s athletic coach, Ade Christenson, to his beloved in 1926. Others like him over the last century-plus have been inspired to capture the beauty of Norway Valley in the form of poetry. With titles like “From Norway Valley,” “In Norway Valley,” “Lay of Norway Valley,” and “The Vale of Tawasentha,” each poem relies upon a common motif—that of the majesty of the evergreen pine as found in such lines as:

The twilight gently, gently lets fall; the shadow on the dusky bough.

There kingly pines lift their branches high; In supplication to the sky.

When the college purchased Norway Valley in 1889, the former owner had harvested the majority of hardwood maple and elm trees for firewood. Anna E. Mohn, wife of the first college president, Thorbjorn N. Mohn, recalled in her 1906 reminiscences that the valley “was shorn of its beauty and grandeur by the woodman’s ax. Nothing but bare stumps remained to tell the story of the trees . . . The question was now how to restore its beauty?”

Mrs. Mohn stated that evergreens were a favorite of Norwegians and a plan developed to plant a thousand trees in the Vale of Tawasentha, as Norway Valley was then commonly called. Reverend I.M. Dahl, a member of the college’s Board of Trustees, volunteered to contribute all the funds for this purpose.

In the decades that followed, the surviving pines matured into a verdant forest and gave credence to lines found in Henry Wadsworth Longfellow’s poem, “The Song of Hiawatha”:

In the vale of Tawasentha,
In the green and silent valley,
By the pleasant water-courses,
Stood the groves of singing pine-trees,
Green in Summer, white in Winter,
Ever sighing, ever singing. 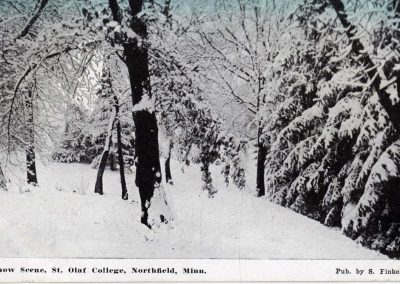 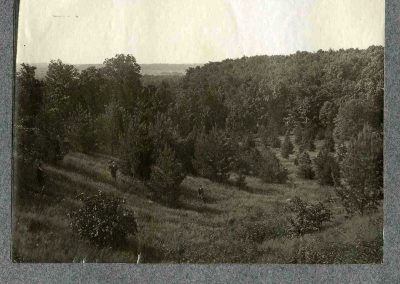 Three Men in the Pines 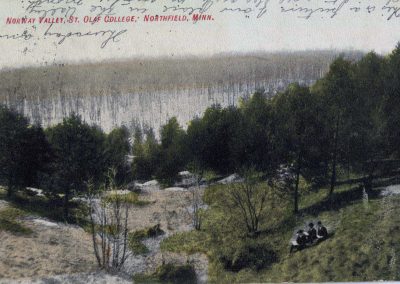 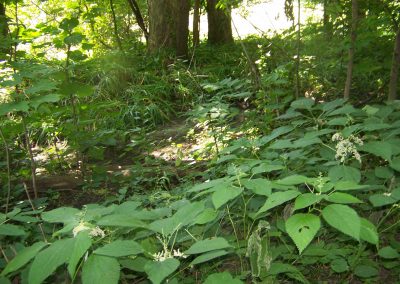 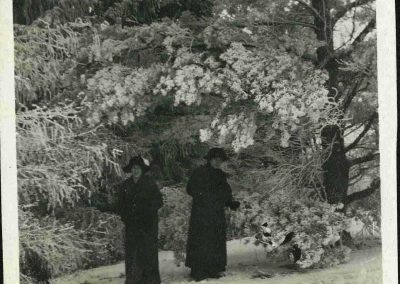 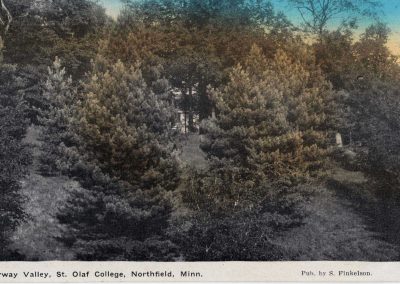