The Carleton water tower, located behind the Rec Center and next to the baseball field, is one of the college’s most iconic structures and the source of endless pranks.

Built in 1928 to provide the college with a source of water independent of the city, the structure holds up to 100,000 gallons of water. Its smooth sides and raised elevation have beckoned to many adventurous artists. In the 1960s, students climbed the tower to paint a new design on it every two weeks or so. Some of the more memorable designs include a peace frog, a smiley face, a Grateful Dead skull, the bust of Schiller, and a “late impressionist goldfish.”

Advanced technology and heightened security concerns have made the water tower challenge increasingly difficult. However, some devious and determined students managed to paint President Bill Clinton’s face on the tower, much to his delight, when he came to campus to give the commencement address in 2000.

It was even rumored that when an excellent likeness of President Steve Lewis was painted on it not long ago, the president agonized over whether to have it painted over.

Some of Carleton’s professors have been found on top of the water tower as well. Mike Casper, a physics professor from 1966 to 2003, once asked his students to dress up in Renaissance costumes; he then brought them up to the water tower to drop balls off the top in imitation of a Galileo experiment.

Unlike Casper, Professor Hartley Clark forgot to ask security’s permission before climbing the tower with students in 1979. When security officers came to discipline the trespassers, whom they assumed were all students, they were surprised to come face-to-face with a tenured faculty member.

For the past fifteen years the water tower has remained largely undisturbed—to the great relief of Carleton security officer Wayne Eisenhuth, who told the Carletonian, “I like it just the way it is now—it should stay that way forever.” 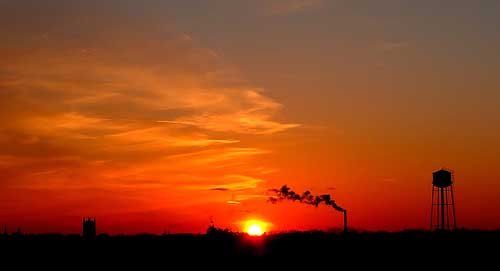 The Water Tower in the Sunset

The sun sets behind the Carleton water tower and smokestack. 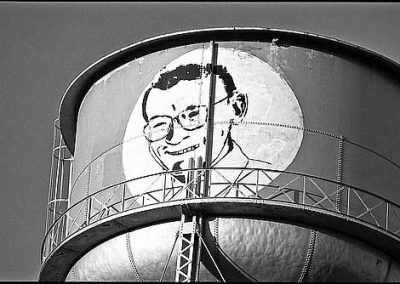 The likeness of President Steve Lewis, known affectionately as “Scooch”, was painted on the water tower by Carl Tape ’01 and his friends in September 1999. They later claimed that they chose Lewis as their subject because they “wanted a determined and unique individual who is willing to go against the grain”. 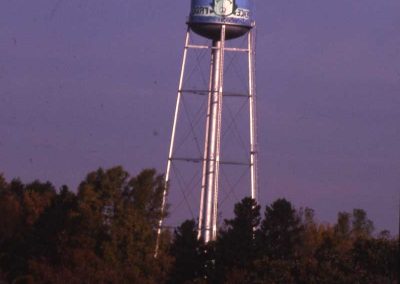 Often the meaning or intention of the student artists is up for interpretation. This peace frog was painted in 1994. 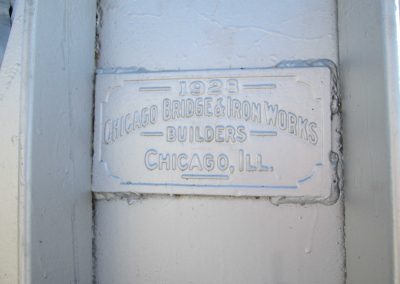 The original plaque on the water tower identifies when it was built. 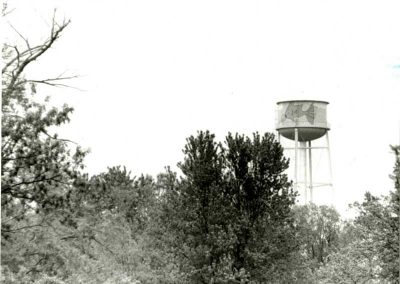 Because the water tower is so tall and sits atop a hill, it can be seen from most spots on campus making it difficult to miss any new “artwork” students paint on it. 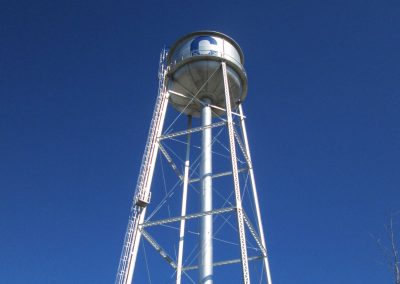 Facilities officially repainted the water tower silver in 2014 and permanently added a blue ‘C’ so Carleton school spirit can be seen across Northfield.