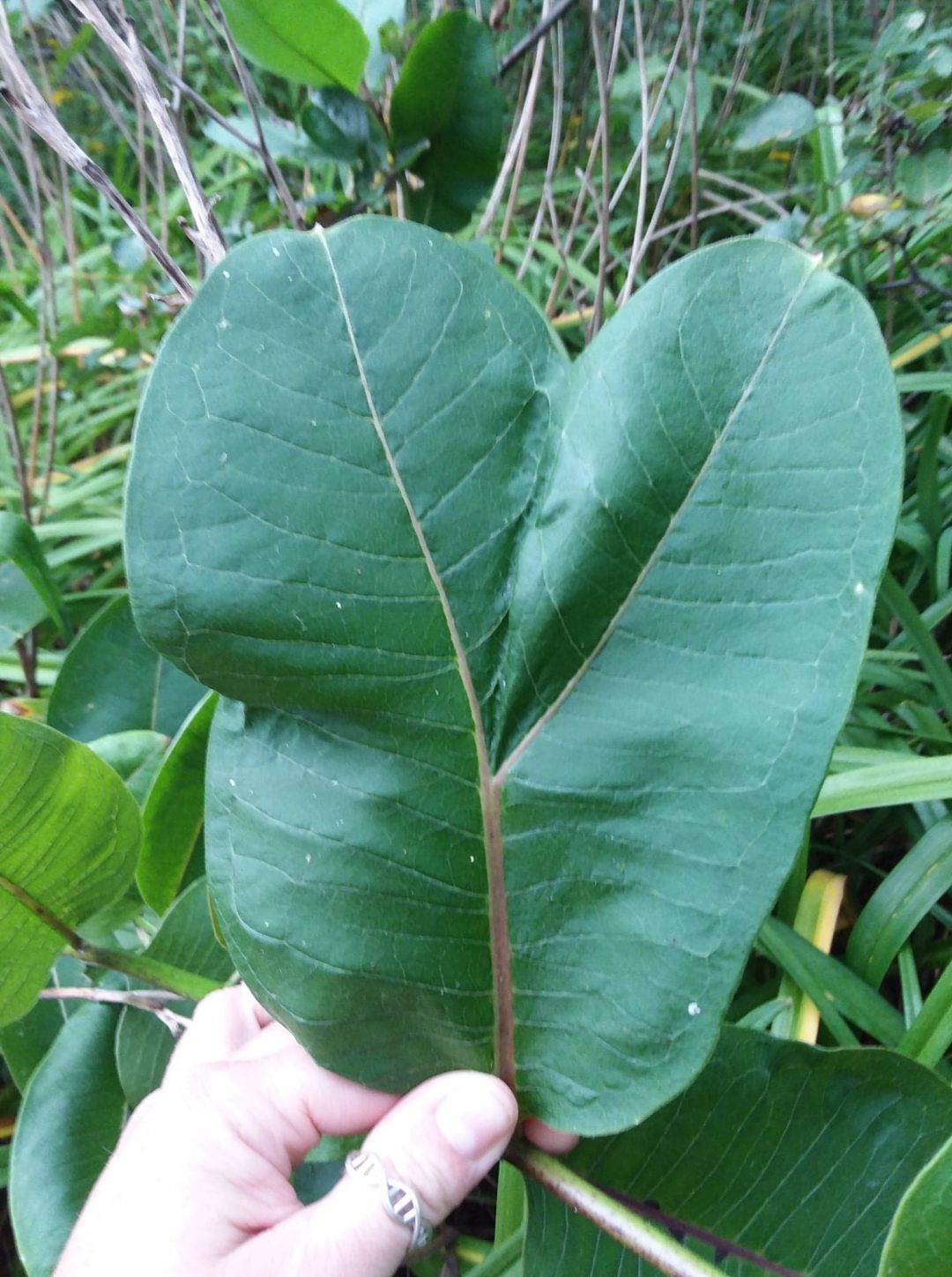 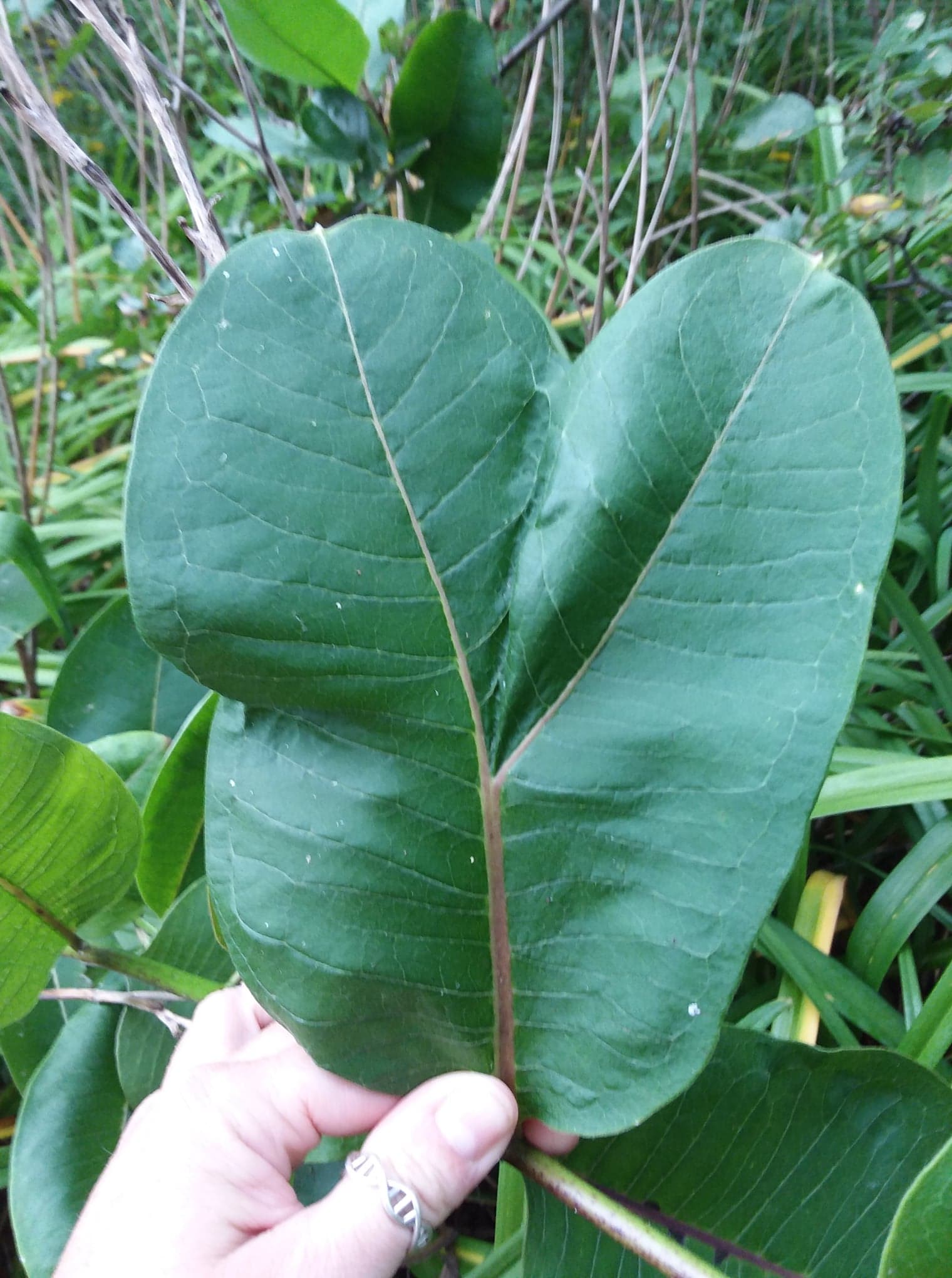 Branched leaf example. Others branch even closer to the petiole. 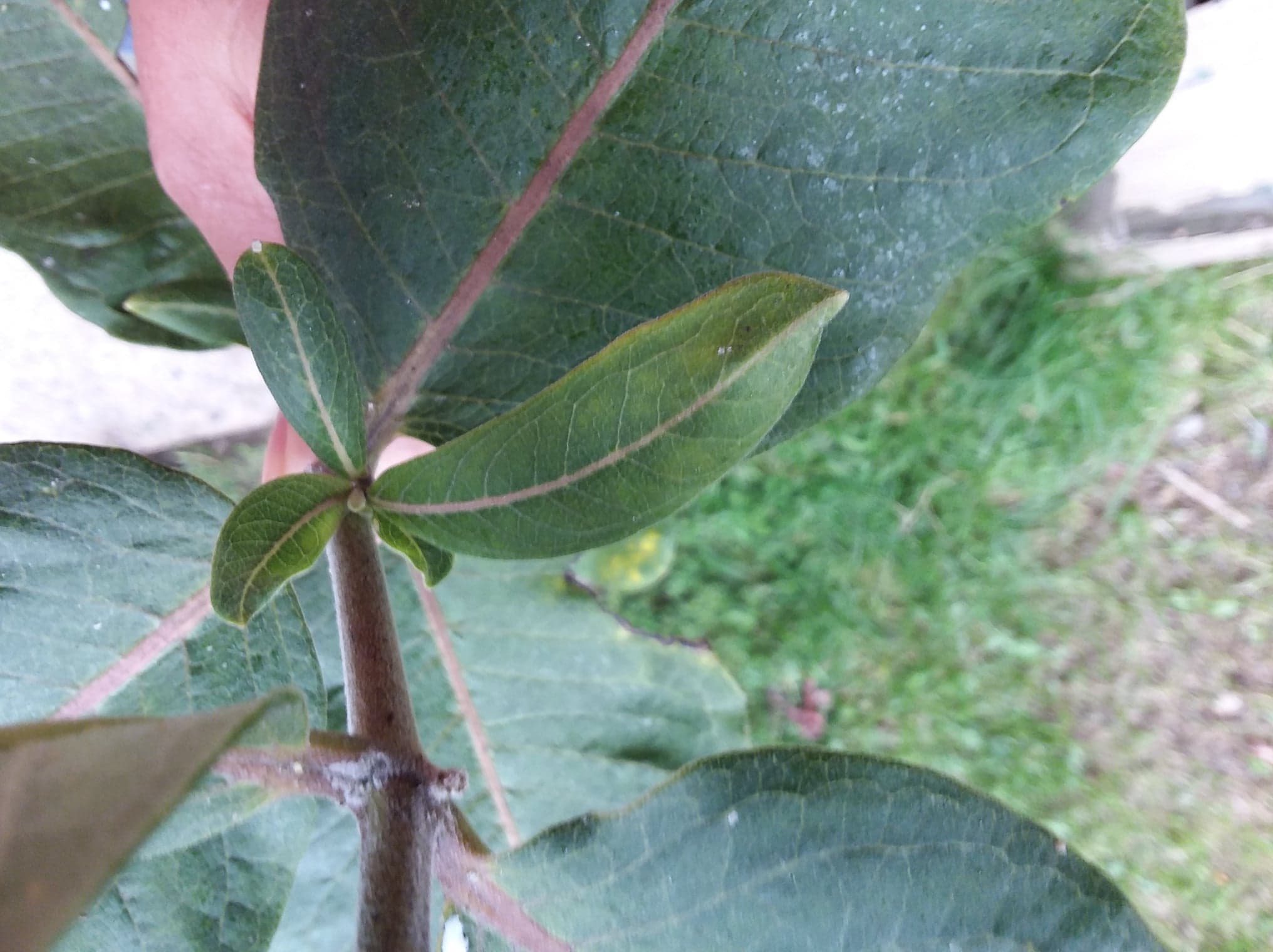 Multiple leaves coming from a node. 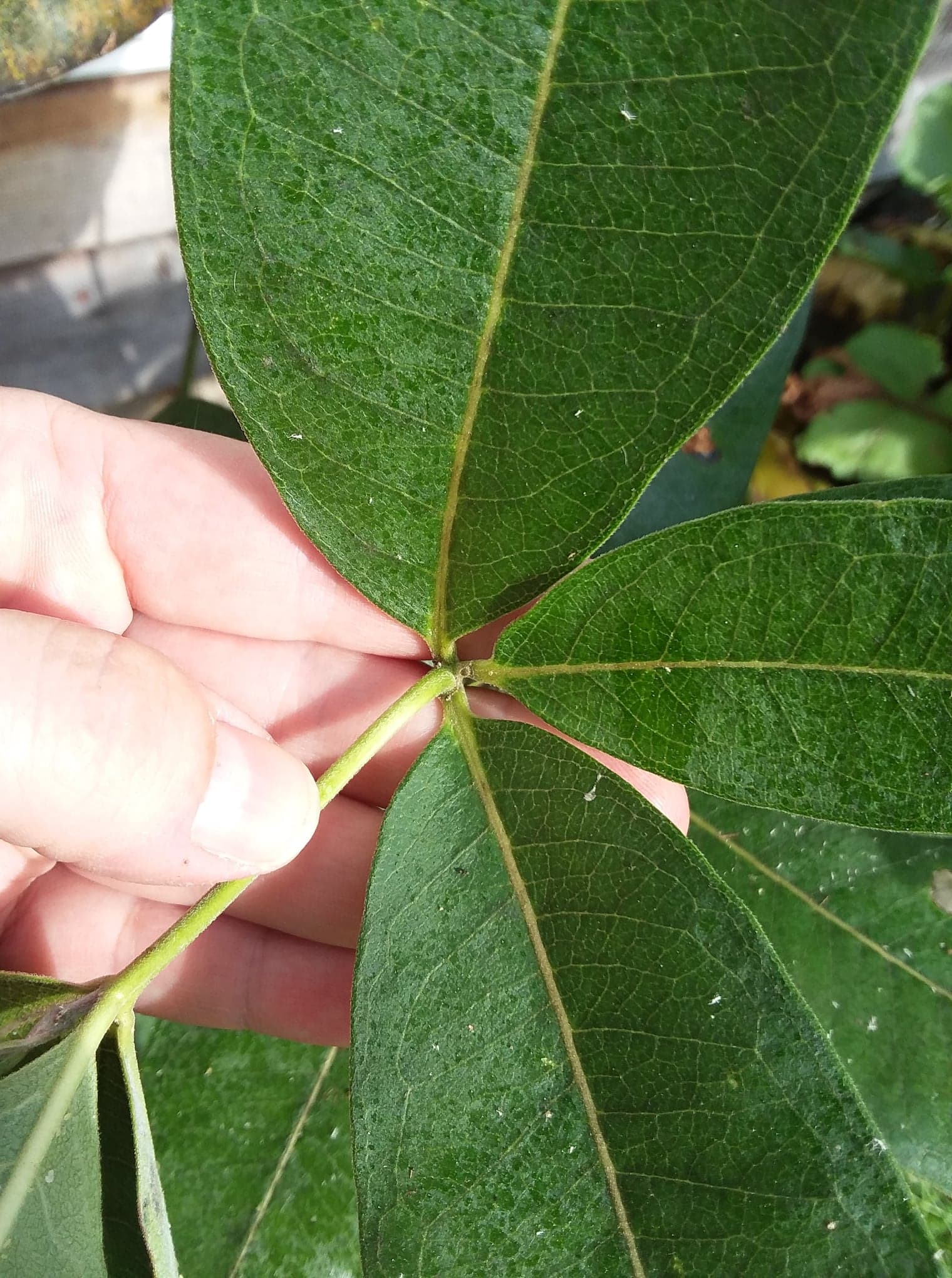 A whorl of three leaves. I have also seen four and five.

Are other folks seeing these odd leaf growth patterns? Here are three examples of odd, but not so unusual, things I’ve seen that make me question what to do for some of the data collection. The first one doesn’t impact data collection, I just think it’s interesting that I encounter so many leaves that bifurcate. Sometimes they split only an inch or so from the petiole so it looks like conjoined leaves. I’m only counting these as single leaves since there is a single petiole. But I also do often see smaller leaves coming from the same node as a larger leaf. I think that sometimes these become new branches, but I’m not sure if we should be counting these leaves. In some instances, counting these means I could have more leaves than nodes for a plant. And finally, although nodes are usually in pairs, sometimes I see whorls of leaves. These are usually in sets of three, but I’ve also seen four, and even five. These whorls mean that I can have a plant with an odd number of nodes.