No posts since October!!  That does not mean that I’ve not been at the work of my sabbatical.  (I write that with some irony, bearing in mind that the origin of the term is related to Sabbath which includes rest.)

No posts rather is an indication that I have been busy, both at work and resting.  Or perhaps abstaining is more to the point than resting.  I realized that among my several projects and my desire to both reflect on them and keep track of them, a blog was a low priority. It was just one more thing, a thing that was more distraction than benefit.  I also admitted that I had to give up some of the projects that I had hoped to pursue because there is not time for all of them. Not only did I let go of some ‘wouldn’t it be interesting’ ideas, I also switched from my A project (the ever present Lars W. Boe) to my B project.  More about that below.

Here is a truth: saying no to somethings is essential to being able to commit to others.

While I have not been posting, I have been working.  In January I attended three “Writing Monday” workshops with my colleague Diane LaBlanc.  She urged us to cultivate productive writing habits, including breaking a project into discrete parts and developing a plan for addressing them. For me this included taking a break from my big project for several weeks in order to prepare for a teaching gig last weekend.  I also was reminded of the need for ‘release’ in the process of writing.  One does not just read and think, then think some more.  Getting words on the paper, or out into the conversation, is both fundamental to scholarship and personally satisfying.  The teaching I did and a couple of relatively small pieces of writing on the same topic yielded that satisfaction.

Gertrude Sovik is the topic of the big project, though in reality this will probably be a set of smaller releases.  Through the fall I spent most mornings in the St. Olaf archive reading hundreds of her letters and making notes in a series of five compositions books.  This was a reversion to a way I’ve taken notes for decades: using a pen, on paper, with room for
comments on the left.  I took one of those composition books with me for a week of research at the Yale Divinity School archive. There I also scanned some items onto a thumb drive: photos, some letters, and a couple of memoirs by Sovik’s contemporaries and schoolmates. Alongside the primary research, I’ve been reading related scholarship to figure out the conversations I’ll take Sovik into.

At that writing workshop, using huge paper and a purple marker, I wrote several sentences about her that I dubbed the spine of the pro 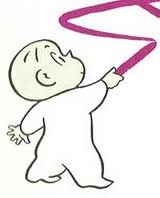 ject. This will be fleshed out in various ways, depending upon the specific setting.  One possible setting is a conference on various notions of home being held in Chennai this summer.  The call for papers included a geographic designation — “South Asia and Beyond.”  The organizers had in mind South Asian diaspora, but they agreed to at least consider my proposal.  In the meantime, I’m working toward an article comparing Sovik with Pearl Buck.  I was delighted to find that Grant Wacker has written about Buck in a way that invites the comparison. Moreover, he points me toward other scholars.  My excitement increases!

One more thing about process: I happened upon an article about Annie Dillard in the Atlantic describing her process of writing Tinker at Pilgrim Creek.  She read her journals, made note cards from those entries, and then wrote the book from the cards.  Ah!  Now I see that I might have a similar stage in which I review notebooks and photocopies and PDFs and whatever other format my record of my research has taken to make my old standard–note cards.  Then I will write the article from the cards.