What is giving in an ARI setting and the world? 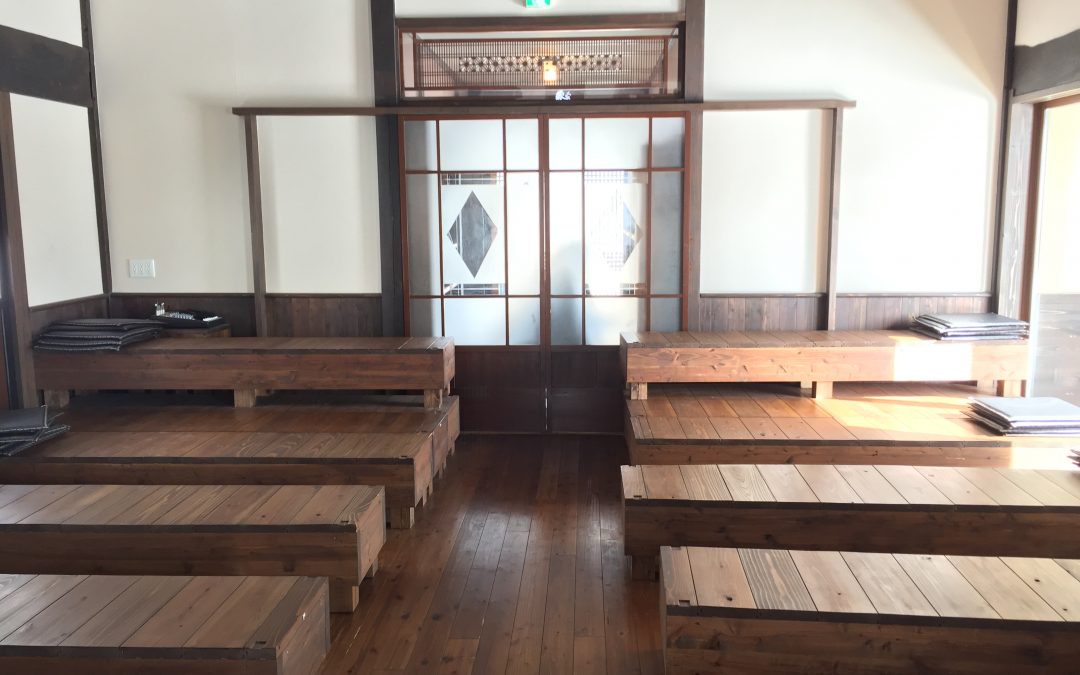 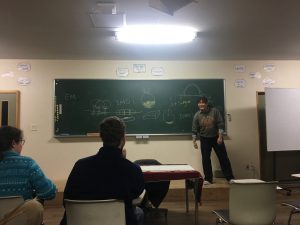 One of Yukiko’s night classes where she taught us about microorganisms. 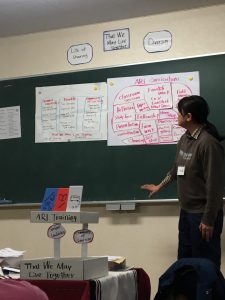 Another picture of Yukiko teaching us about the ARI curriculum 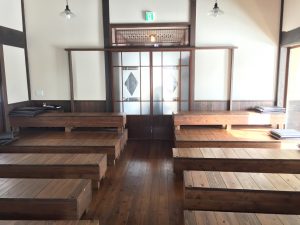 A large part of my time at ARI has been spent observing others lifestyles and values.  Because I am also taking an environmental class, I have been reading a lot about the results of peoples lifestyles and values and also the results of events that  people could not control (ie earthquakes, tsunamis, radiation, relocation etc). As the trip conclusion begins to loom into sight, I have begun to contemplate the key to solving some of the issues we have learned about through immersion and class.  So far I have dwelled a lot on the act of giving and what it means in different settings.

Giving at ARI means helping out with the FoodLife work, switching places with someone in chores if they are sick, getting dirty sifting dirt or mixing animal feed or turning the animals poop, participating in community events such as the talent show, morning gathering, or meal conversation, and being engaged with your whole self.  Giving as a class member means participating in class discussions, doing the readings, being analytical of new encounters such as being in Tokyo, being at ARI, going on field trips, getting to know your fellow class members, and also being attentive and open to learning.  I am comfortable with these types of giving and am more than happy to help out in any way in this setting.  After hearing multiple people at ARI speak (ie Jonathan, Yukiko, Achivo), hearing more about the triple disaster in Fukushima and environmental problems in Japan, and what the politician Shozo Tanaka did to advocate for environmental issues specifically surrounding the Ashio copper mine, my  comfortability level has been challenged as I ask myself what I would do in their situations.

One example of the giving I have encountered is Yokiko who is the assistant director of ARI.  She was a participant of the school when she was younger and began teaching her roommate lessons on the science of different topics such as farming, microorganisms, and ecosystems.  She now teaches the participants as a staff member but has completely devoted her life to teaching and helping others learn to better the environment.  Her lectures are an inspiration and she is filled with hope for a better future.

Another example is Jonathan.  He is a missionary and on staff at ARI as well and the other day during our morning gathering in the chapel, he told us about how he decided he wanted to become involved in missionary work because he wanted to help others and teach others.  He has an adopted daughter with his wife because they knew that they wanted to make a child’s life better who was already in the world and help her succeed.  When they were in the process of adopting her, the doctor suggested that she might have a mental disability but in her new home with them, she has improved so much, the doctor said he had never seen such progress.  She is also being brought up bilingually.

The most recent example is Achivo.  Our St.Olaf group recently had a long discussion with her where she told us about her life growing up in very rural India.  She was living on her own by the age of 13 and had a pretty difficult life but she didn’t tell us her story so we could give her pity but for us to comprehend how life still is in some parts of the world and to bring some kind of tangibility to our understanding.  Achivo is now an educated missionary on staff at ARI who speaks about eight different languages (English very well).  She told us how she now gives some of her money to her town to help expenses since most of her family still lives there and how she helped build a school like ARI for younger kids in her town to help educate the town as a whole.  Her stories were inspirational and uplifting like the rest and also left me amazed at how much she was still doing for her village so far away here at ARI.

These three examples are unique to the world but not unique to ARI where everyone is so invested in a better future for others.  This is similar to Bad Water by Stolz where my class read about Shozo Tanaka, a politician that dedicated his life to defending villagers from the effects of the government and the Ashio Copper Mine to the point of his death.  He was left with only his diary, a copy of the Japanese constitution, and a bible.

My thoughts have been both calmed and challenged as I ponder what my future looks like as a violin performance major who has long been interested in and comfortable with the environment and sustainability.  I will be in a completely different setting when I go back to the US so the opportunities will be different but I have realized that I need to use my resources like the other people I look up to did to give back to others.  I haven’t quite figured out how I will do this but I have gained a broader sense of self through this togetherness and community at ARI and a greater appreciation of what I can achieve for others.  I hope that by learning from these teachers I can make an impact on others like they have on me. 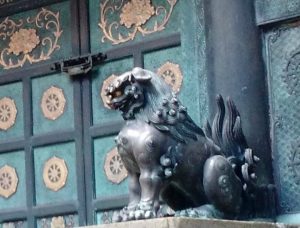