First, some words on ‘ethics’: ‘Ethics’ concerns the rightness or wrongness of action, the virtue or vice of character, and general matters of good and evil and how we might respond to good and evil. There are two general domains of ethics:

Descriptive Ethics: consists in the study of what persons (or societies) actually believe or act on, in terms of right and wrong, virtue and vice, goodness and badness. 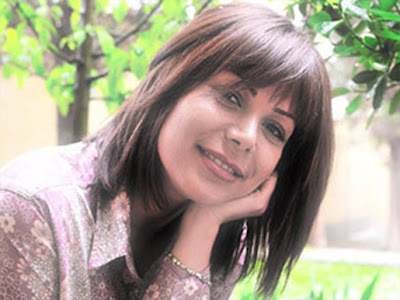 Neda Agha-Soltan, a philosophy student who was shot and killed during protests in Iran in 2009. Neda Agha-Soltan in May 2009 according to a June 22, 2009 New York Times article: “A photo of Neda Agha-Soltan from May 2009 provided by a man identifying himself to The Associated Press as Caspian Makan, her fiancé.”

Evaluative Ethics: inquiry into what should be evaluated as right or wrong, virtue or vice, good or bad.

One reason to study ethics is that ethics is inescapable. It is difficult, if not impossible, to imagine a society in which there are not codes of conduct, ways of assessing what is desirable or healthy and undesirable or unhealthy. Even if such codes are thought of as mere means of survival, there will still be implicit commitments to what is good or bad: food and water (in proportion) is good for persons, deprivation of either will lead to damage and dissolution. If you do not study ethics, chances are you will have no opportunity to carefully reflect on the values that shape your life, no chance to think about whether the values in your society are wise or foolish, no chance to expand your awareness of the values of other persons.

The study of ethics should also lead one to develop skills in articulating your own values, to provide others with reasons for your actions and give you the means of questioning the values of others.

In the USA today there is a great need for citizens to be able to listen to one another, to express their values, to assess the reasons behind this or that political policy, institution, and social values in general. Public, political debates and talk shows in popular media shows us (only too often) people who are good at shouting or pronouncing why X is good or Y is bad, but with little or no interest in listening to and considering with patience what others think. Arguably, a democratic republic cannot not survive if its citizens neglected the practice of shared ethical dialogue. The youngest ever Noble Peace Prize laureate at the age of 18 in 2014, Malala Yousafzai delivered a speech to the UN advocating for women’s education after being shot by the Taliban on her way home from school. Image from Russell Watkins/Department for International Development, license cc-by-2.0.

While the above is aimed at the USA, the same can be said about all societies, whether democratic or not. So, in India, the largest democracy in terms of population on our planet, the need for mature ethical reflection should be clear. But it is also true in Russia, China, Saudi Arabia, and elsewhere, where public, political speech is carefully monitored and subject to censure. In China today, there are various sub-cultures that seek to preserve free, ethical and philosophical (as well as religious) inquiry. Chinese, as well as Muslim philosophers have been in dialogue with St. Olaf philosophers about promoting democratic skills among current university populations.

BUT WHAT HAS “ETHICS” ACCOMPLISHED? AREN’T HUMANS BASICALLY JUST MOTIVATED BY SELF-INTEREST?

In virtually all the literature we have from the ancient world until today, we find abundant evidence that we human beings have sought to govern our behavior through laws and principles. And there is an abundant stream of evidence of when persons have revolted or dissented when such laws were deemed cruel or wrong or arbitrary. Even if people do actually act only on the grounds of self-interest, this makes the study of ethics more important than ever. We need to think about which forms of self-interest are legitimate and which are not. For example, in ancient China one advocate of self-interest held that he would not give up a single hair from his body to help anyone else or any number of people. Is such a practice admirable?

In so many past movements of social change –east and west, north and south—there is explicit teachings about ethics. This is true when it comes to establishing republics, defending one’s society from an aggressor, seeking freedom from slavery, seeking rights of equality and respect, and so on….Opposition to the slave trade, resistance to European colonial power, and so on, have all been fueled by ethical arguments. Of course, tyrants, colonialists, and terrorists advance ethical arguments as well. This is all the more reason for persons to study ethics.

BUT WHY STUDY SOMETHING THAT IS SO SUBJECTIVE? THERE CANNOT BE A SCIENCE OF ETHICS IN THE SENSE THAT THERE CAN BE A SCIENCE OF THE NATURAL WORLD. COULD THERE BE AN ETHICAL MICROSCOPE OR RADIATION DETECTOR? 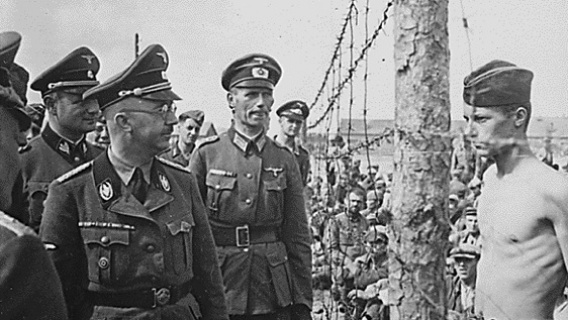 Click on this image for a link to a youtube video of the speech Heinrich Himmler, leader of the SS, delivered to soldiers at Poznan. Take note of the way he commends the duty-bound German soldiers for committing a morally outrageous act. Note that even though he justifies genocide, he is careful to insist that such and act remain secret. The Nazis did not want the world to know about their genocidal campaign.

But how subjective is ethics? After all, you could not conduct science without ethics. You would need, for example, an ethical commitment to truth-telling in order to conduct scientific inquiry and, if science involves cumulative development, one would need to have a pervasive respect for the work of others, and assume the reliability of testimony. Science could not be conducted without a society that respects laws protecting citizens from violence, enslavement, torture, and so on. Without a stable ethical foundation, even the practice of using the internet, namely exploring this website, would not be possible.

While ethical truths are not measured the way in which one might measure the amount of radiation produced by a machine, there are widely recognized principles to ethical reflection that are virtually beyond dispute.  Here are several:

When ethically reflecting on any domain, it is vital to have as accurate as possible a grasp of (what may be called) all the relevant facts that would be used to form an ethical evaluation.  So, in deciding about the ethics of famine relief, one would want to have accurate information on how many suffer from famine, the cause of the famine, the ways in which famine might be relieved, an accurate grasp of the history of famine relief, and so on.  In determining the moral acceptability of nuclear power, one needs an accurate grasp of the physics involved, radiation storage and possible re-use, and so on.

Technically these facts may be called non-axiological facts.  “Axiology” is the study of values, and a “non-axiological fact” is one that can be known or described without explicitly stating whether the fact is good or bad, right or wrong.  So, if you are reflecting on the justice or injustice of the distribution of wealth in a country, it is best not to begin with facts like “it is unjust for 40% of the wealth of a country to be controlled by 1% of the population.”  That may be your conclusion, but you first need to secure what the facts are, how persons came to acquire wealth or become destitute.

Second, impartiality is widely seen as essential in ethical reflection.  That is, it is not ethical for me to argue that it is permissible for me to consume X number of goods but not permissible for you on the grounds that I am me and you are you.  There has to be some other reason for my having greater liberty (perhaps I produced food through agriculture and you did not) other than my being myself.  Simply claiming that Y is right because “I said so” is not a valid claim unless the person making the claim has somehow earned the authority to make such decisions (for example, the pilot of an airplane may command that passengers wear seat belts but that is not a matter of pure power but a matter of the pilot exercising her training and responsibility).

The appeal to impartiality is part of the oldest teachings we have in ethics: do unto others as you would have them do unto you.

In addition to knowledge and impartiality, there is the importance of having an affective awareness of the points of view of all involved parties.  This may seem elusive, but it is a commonplace practice.  In arguing about famine, have either of us ever been deprived of food or water.  It is no more necessary for us to have experienced famine in order to reflect upon famine relief ethically (just as you do not have to have cancer to make decisions about funding cure for cancer research). but our reflection on famine will be impaired to the extent that we lack an appreciation for what it is like to involuntarily suffer from deprivation.

These are general principles that may be supplemented by specific arguments about virtues, vices, obligations, rights, and by considering the merits of some overall philosophy of nature.

Descriptive ethics (discovering what persons actually believe and act in terms of their values) would be very much the same kind of inquiry as descriptive religion and politics.  And when your study of religion or politics is evaluative, your inquiry is likely to be very much like evaluative ethics.  So, in philosophy of religion, one considers and evaluates the values that are in play in the different world religions and one also raises questions and seeks answers about which (if any) religious tradition is supported by good reasons; similarly in politics one weighs which form of governance is just.

One other reason to study ethics is that it concerns life and death matters. The image of Neda above is the image of a brave philosophy graduate student who gave her life to protest the legitimacy of a presidential election in the Islamic Republic of Iran.  In the field of ethics, we consider such cases and ask ourselves about what justice calls us to pursue.